Veronica Musa ‘20, an MA in Peace and Justice (MAPJ) alumnus, is a human rights lawyer from Argentina with vast international experience. In 2018, she was awarded a Rotary International Global Grant and the Grillo-Marxuach Family Scholarship to attend the MAPJ program at the Kroc School.

As a part of her capstone project, Veronica wrote on the cross-pollination between justice education and peace studies, designing a peace-applied project to establish a human rights and public interest law clinic in her home state of Salta, Argentina.

After the summer of 2020, when pandemic travel restrictions were lifted allowing repatriation of flights to Argentina, Veronica returned home and presented her project to the Catholic University of Salta (UCASAL). After a year of intensive work collaborating with UCASAL’s law school leadership, she is now the Director of its first human rights clinic.

The following blog contribution is from Veronica Musa ‘20 (MA)

A Passion for Clinical Legal Education

Between 2007 and 2011, I worked for a nonprofit legal firm monitoring the conditions of confinement of immigrants in detention in Florida’s county jails. The experience transformed me profoundly. Not only was I exposed to a collective that defies a tenet of the penal law— the incarceration without the commission of a crime—but I also witnessed the imprisonment of individuals who did not receive any legal assistance or representation.

In this context, what began as a typical human rights monitoring and reporting activity developed into increased efforts to find pro bono representation and legal relief for the detainees. This is where I learned, firsthand, the work being done by law school clinics in the United States. Clinical professors and their students proved valuable allies in fighting for justice. I remember thinking, “what a powerful experience to have at school, to learn by challenging a system and making efforts to change it.” Since then, I have become passionate about clinical legal education (CLE)—a pedagogy of practice rooted in the understanding that the law could be a tool for social transformation.

CLE is not widely present in Argentinian law schools. Traditionally, our legal education is formalistic and oriented towards protecting and reproducing the status quo. In the United States, driving up and down the I-95 Route to visit county jails, I began thinking about implementing CLE in our law schools in Argentina. Especially in law schools that serve the country’s northwestern region where I grew up. What once began as nothing more than a dream, transformed into a possibility as I began reading on the subject extensively and connecting with individuals and places from which I could learn more.

The northwest part of Argentina, composed of the provinces of Catamarca, Jujuy, Tucumán, Santiago del Estero, La Rioja, and Salta, is structurally underdeveloped. The region was excluded from Argentina's modernization process, which began on the Atlantic coast in the 19th century. The Kolla, Guaraní, and Wichí peoples, among others, who originally inhabited the area were decimated and displaced towards the most inhospitable places of the northern border, constituting to date a population in a vulnerable situation.

The region presents levels of unemployment, poverty, maternal and infant mortality, and violence against women higher than the country's average. A study carried out by the University of Buenos Aires assessed the population's legal needs and found that Salta has the most significant national deficit in access to justice. This deficit severely impacts the most vulnerable groups, disproportionately affects indigenous communities, and has devastating consequences for the environment. Obstacles to obtaining justice reinforce poverty and exclusion.

There is an extensive border of more than 700 km long between Argentina and Bolivia in our region. Social, cultural, and commercial exchanges within the area date back to pre-Columbian times. However, today, border communities face prejudices and challenges that generate injustice and promote violence on both sides of the border.

The region also presents conflict situations related to the access and use of natural, renewable, and non-renewable resources to which current institutional structures have proved ineffective to attend.

The intervention hopes to ameliorate the access to justice deficit in Salta by undertaking strategic litigation and human rights advocacy. Simultaneously, this work will shape a new generation of lawyers—innovative, multi-skilled, transnational, socially, and environmentally conscious—that will tackle the challenges that the northwestern region of Argentina faces and participate in the design of its solutions.

(i)         Fulfill a gap in legal aid providers serving vulnerable people in the region, taking on cases that have the potential to impact many people or modify public policy, and,

(ii)        Educate future law practitioners and lawyers at the early stages of their profession, providing them with technical expertise on public interest law while instilling a commitment to public service law and helping to develop sensitivity to social justice issues that will enlarge the local pro bono culture.

The underlying theory of change of the proposed peace-applied intervention is the following:

If legal services are provided through the PIHR Law Clinic, underserved populations will have access to justice and trainees will develop social consciousness.

If you’d like to learn more about the PIHR Law Clinic, or give to our project, please do so here or at the button below. 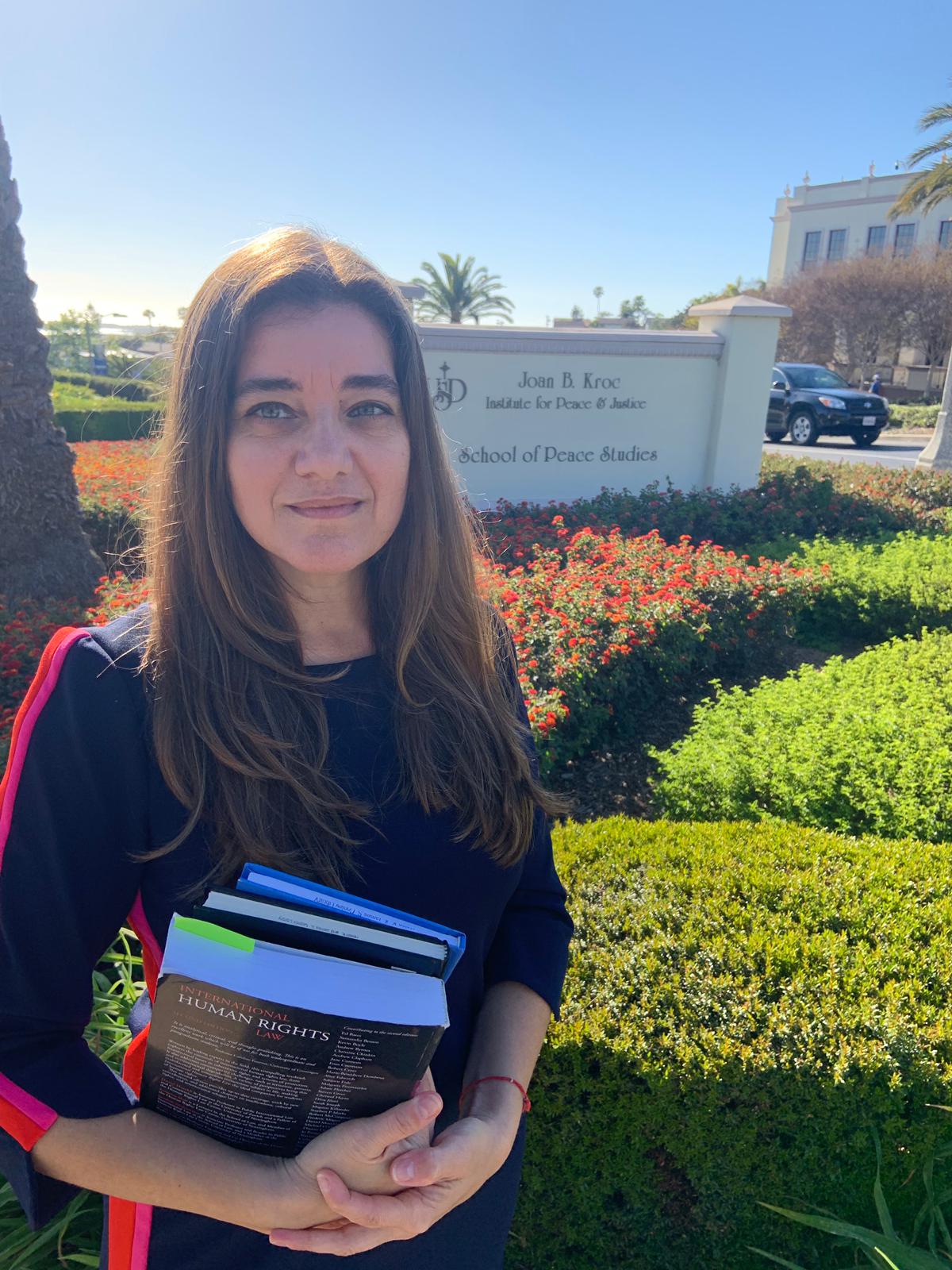 Veronica Musa ‘20, an MA in Peace and Justice (MAPJ) alumnus, is a human rights lawyer from Argentina with vast international experience. In 2018, she was awarded a Rotary International Global Grant and the Grillo-Marxuach Family Scholarship to attend the MAPJ program at the Kroc School.