The Past and the Future Intermingle in Rwanda

The Past and the Future Intermingle in Present Rwanda 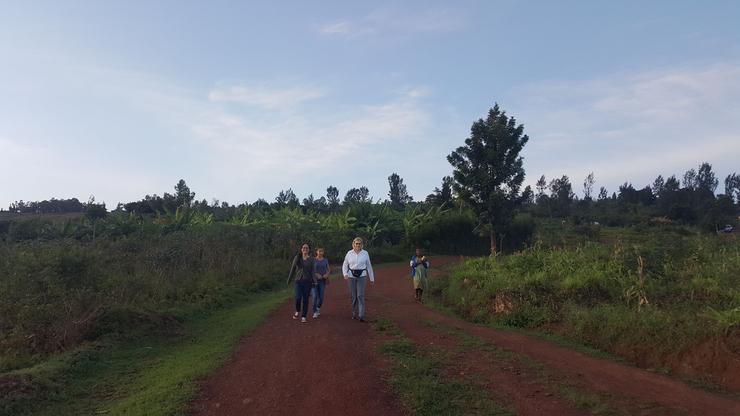 During intersession, Kroc School students had the opportunity to apply classroom knowledge to the real world. In particular, the practicum explored social innovation and social change through the case of economic transformation in a post-genocide Rwanda. The blog post below highlights the experience of one Master of Arts in Peace and Justice student, Minh Mai.

As I got off the plane at the Kigali International Airport and was picked up by a driver from the hotel, I noticed that Kigali was very different than many places I’ve been to before. I was used to the streets of India, Nepal, and Vietnam where litter is a part of the sidewalks and traffic lights are more like suggestions rather than law. However, the sidewalks of Kigali with its trimmed hedges felt different. It had nice, clean streets and I noticed that drivers were obeying traffic lights. I realized that I had come to Rwanda with certain presumptions, and if I wanted to truly soak in the culture and the people I had to put those assumptions aside.

That afternoon, Fr. Innocent, an alumnus of the Kroc School, took us around a more rural area at the edge of the city and I saw men, women, and children walking on dirt roads going about their business. They were farmers tending to their small plot of land. The children all ran out of their houses to look at us, the weird foreigners. I got the feeling that unlike the rest of Kigali, these children have not seen many foreigners come their way. As we walked to the edge of the hill we were on, we saw that it offered a magnificent look at most of Kigali and the surrounding farmlands with its winding river. I couldn’t imagine that these small plots of farmland existed in the city. The rural and urban coexist peacefully together in Kigali. 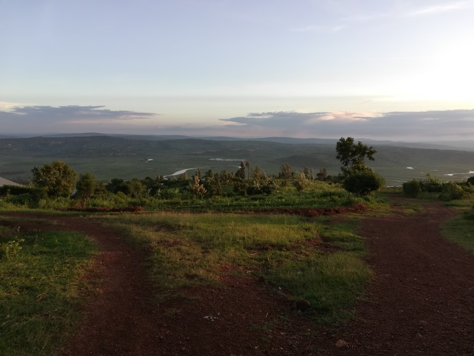 View from one of the hills of Kigali.

Little did I know that in the next ten days Rwanda would continue to confound me with its exciting mix of old and new coexisting peacefully. The first site we visited was Zipline, which was a business that used drones to deliver blood to clinics all around Rwanda. To the best of my knowledge, no one else was doing anything like this in the world. They saved lives on a daily basis using a technology that most people would associate more with death than life. Zipline intrigued me more than I thought it would. I thought of other people living in remote places in developing countries that can benefit from this technology. However, the group is quick to question how a business like this makes a profit. There must be more planned for this business than just drones delivering blood to clinics in far-away areas. Not having any business background, listening to my social innovation peers discuss Zipline was enlightening as they discuss the sustainability of the business. 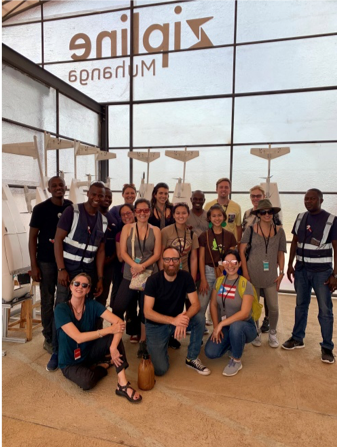 Zipline: Taking a group picture with our tour guides after watching a few drones take off and return.

A few days later, we visited Azizi Life, where we spent the day at a local market hoping to buy a goat, cooking a traditional Rwandan meal, and learning to make mud bricks from the local women’s cooperative. It was a simple life. Since the majority of Rwandans still live in the countryside rather than the city, it was a taste of rural Rwandan life. But I found it surprising how technology has crept into certain parts of rural life. They have electricity pretty much 24/7 for the past two years. However, these women still had to carry water from the river nearby. The thought of drones co-existing in a place where people still have to carry water from the nearby rivers and lakes was one my brain had a hard time reconciling. But Rwanda was full of contrasting things that existed together quite harmoniously. 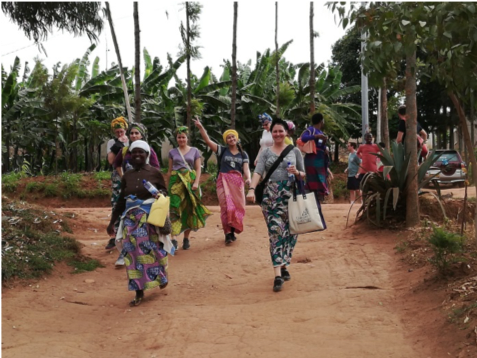 Life in Azizi: We got a taste of Rwandan rural life.

Rwanda’s past was still very much present through the hundreds of memorials set out in the country, while its government continued to emphasize Rwanda’s plans for the future. The 1994 genocide in Rwanda remained a substantial presence in the life of the country. Memorials, like the Genocide Memorial in Kigali, still held the Hutu majority guilty for the atrocity, yet it tried to get rid of the idea of ethnicity by proclaiming its citizens as simply Rwandans. The government even went as far as outlawing the discussion and usage of ethnicity—Hutu and Tutsi—in public. It encouraged its citizens to let go of their tribal identities, yet everywhere they turn, Hutus are reminded of their guilt in the genocide. Rwanda is unlike any place I’ve been to. Its past is held onto very tightly while its government looks anxiously towards its future. And I’m excited to see what the future brings for Rwanda. 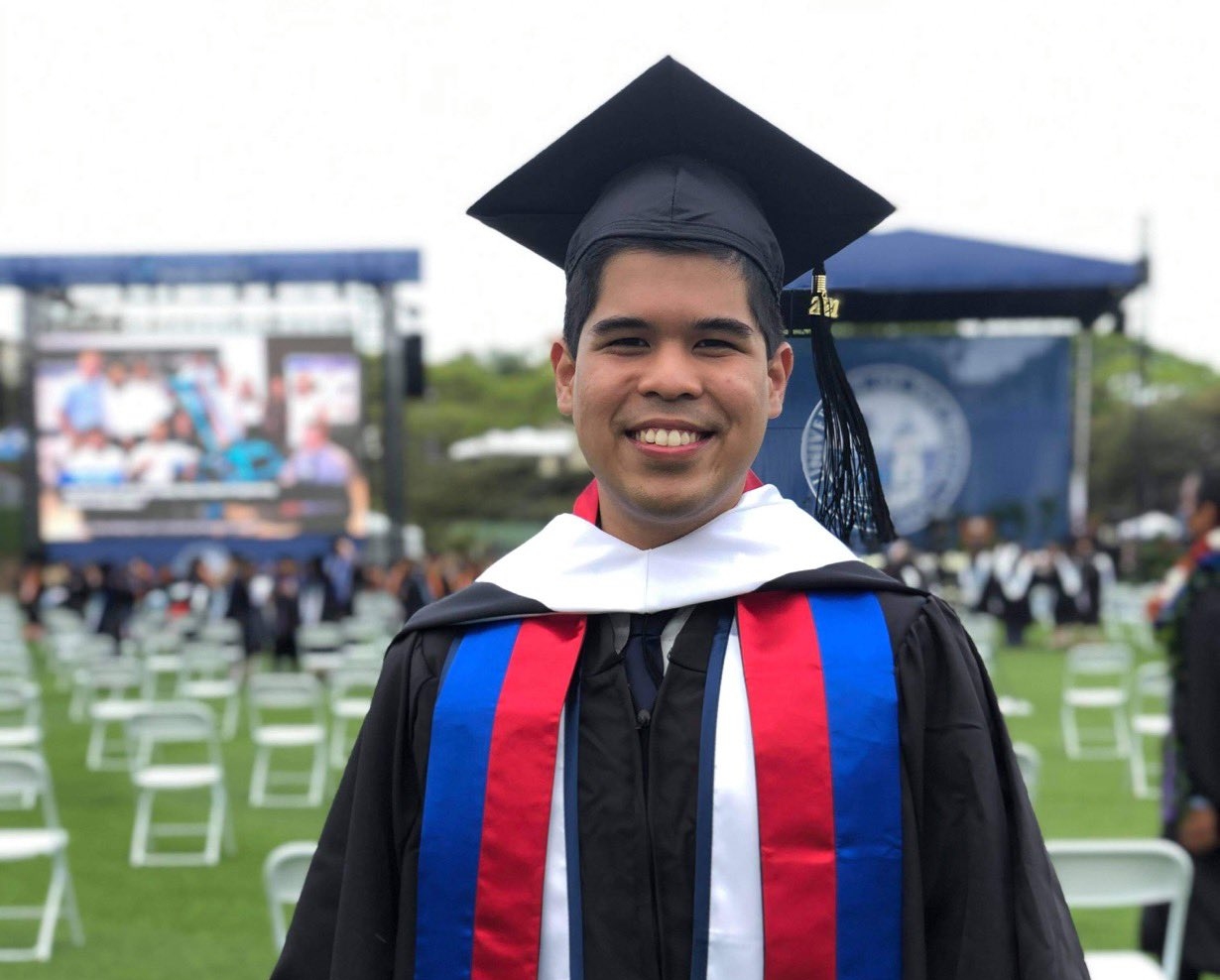 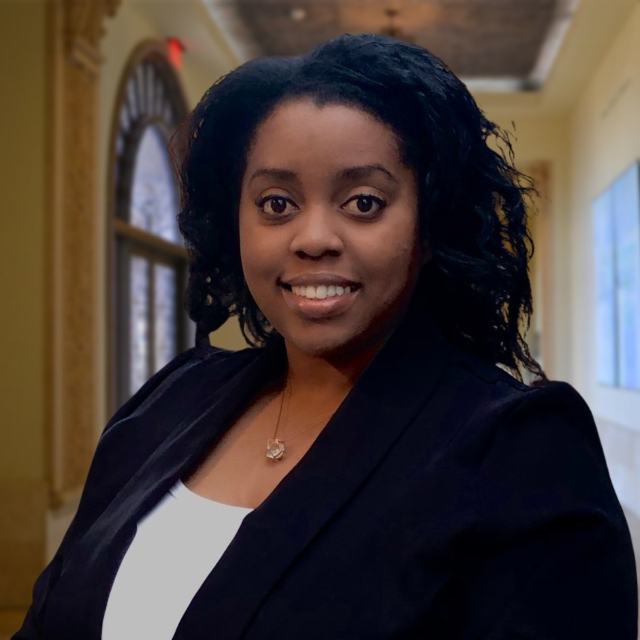 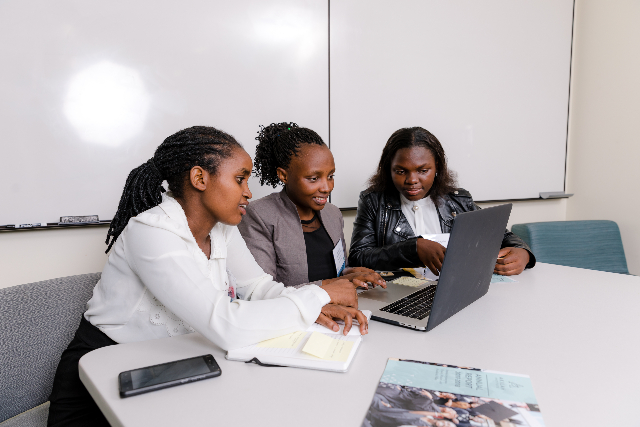 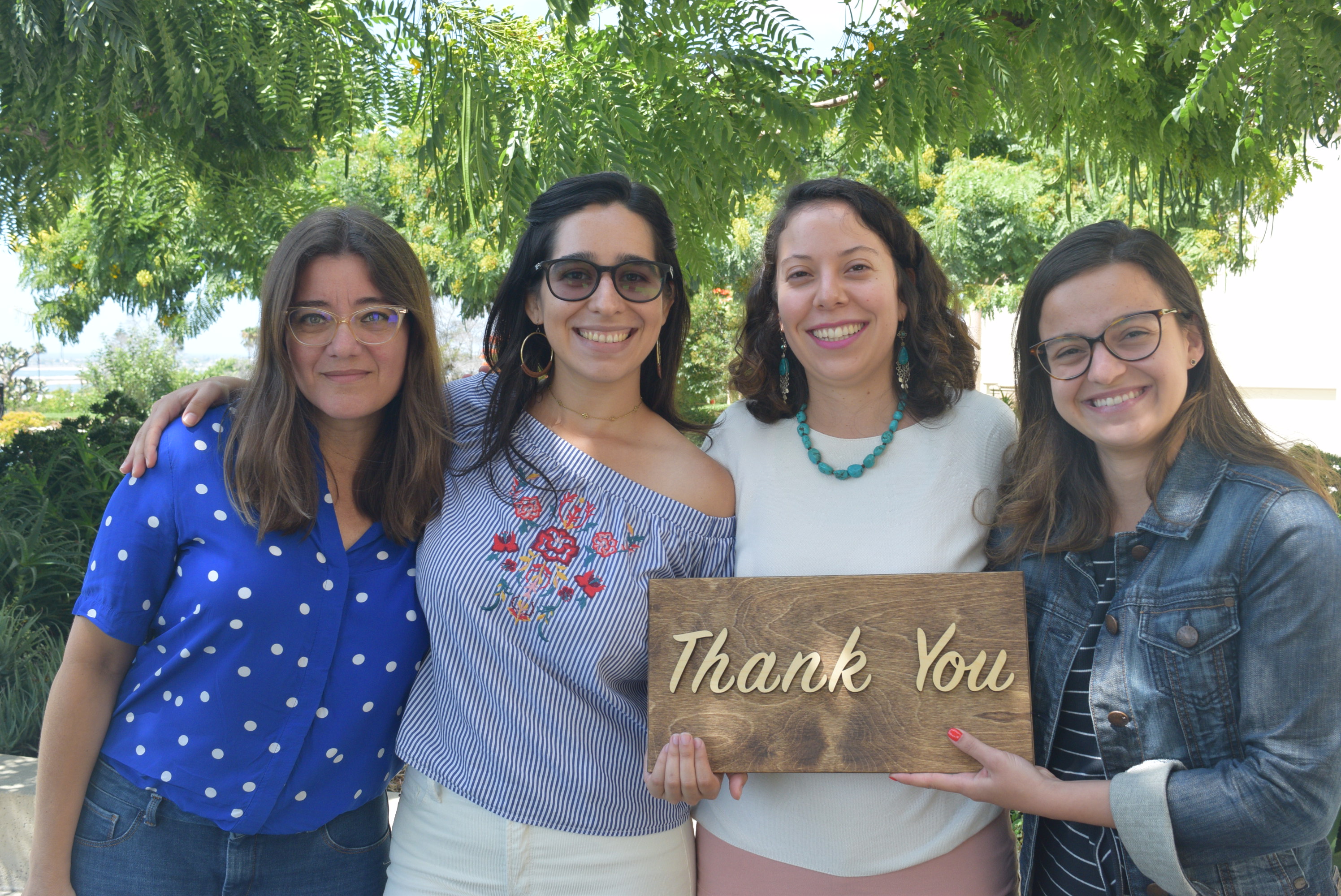