If you ask people what they consider to be one of the greatest threats to peace and security today, gender inequality is not usually at the top of the list. It should be. Fundamental issues of gender drive conflicts and insecurity. At the same time, it has been empirically shown that gender equality increases societies’ potential for sustainable peace.

Over the last 17 years, largely thanks to the work of civil society activists mobilizing around the Women, Peace and Security agenda following the passage of U.N. Security Council Resolution (UNSCR) 1325, the role of women in all stages of peace processes is now widely recognized. The agenda has resulted in increased attention to gender in peace and security policymaking, practice, research and scholarship. Academic programs on the topic are still in a nascent stage — making the Kroc School’s War, Gender and Peacebuilding course one of the first of its kind and its Women PeaceMakers program a unique and groundbreaking platform for change.

GENDER AS A DRIVER OF VIOLENCE

When speaking of gender inequality as one of the greatest security threats of our time, people often assume that the issue is the global epidemic of gender-based violence. It has been cited by scholars as the most pervasive human rights violation on earth, with the World Health Organization estimating that 35 percent of women and girls have experienced sexual and/or physical violence by an intimate partner or sexual violence by a non-intimate partner in their lifetimes. There is a wealth of data showing the ripple effects of such violence on societal health and economic outcomes.

Additionally, the individual and collective horrors of practices such as human and sex trafficking, femicide, female genital mutilation, early childhood marriage, forced prostitution, and conflict-related sexual violence against women, girls, men and boys are further examples of the grotesque ways in which gendered violence manifests across the globe.

Yet gender is a crucial and under-acknowledged dimension of other major security threats as well. As terrorism and violent extremism across multiple religions and ideologies continue to spread, the Kroc School’s Institute for Peace and Justice and other leading scholars and practitioners have highlighted the gendered dimensions driving individuals to join violent movements. Individuals spoke of the cultural expectations of masculine and feminine gender roles as influential factors in joining violent movements in all of the countries we traveled to as part of the institute’s Defying Extremism initiative. For men, groups such as ISIS/Daesh prey on various forms of vulnerability, offering them a figurative rebirth in a hyper-masculine role of warrior/fighter and the spiritual promise to “cleanse their sins” through martyrdom. For many young women, promises of adventure outside of their cultures or homes, where their agency may be limited, proves to be an intoxicating draw.

While gender norms and expectations are not the only factors influencing individuals to join violent movements, mainstream analyses too often miss their pervasive influence.

With the historical predominance of men in leadership positions around the world, “security” has for centuries been dictated by their voices. Recent research reveals that how we judge our security is deeply gendered. For example, women surveyed in Afghanistan measure their security based on their degree of freedom of movement. Women in Cambodia conceive of it as relative to levels of domestic violence and their exposure to violence due to ebbs and flows in small arms. Women in northern Kenya cite heads of cattle as a security indicator — scarce numbers of cows might determine whether their sons will raid a rival tribe for more.

Women often view traditional markers of security — such as the presence of armed police — as a threat to their physical and communal security. A toxic cocktail of corruption, high levels of impunity, norms that favor male dominance and tacit condoning of abuse have led to numerous, well-documented cases of sexual violence carried out by the security sector, even including U.N. peacekeepers.

This is relevant because, without a gendered analysis, our security prescriptions not only ignore the experiences and priorities of women; they can actually increase insecurity for women and girls, and men and boys.

GENDER AS AN UNTAPPED SOLUTION

Since the 1990s, conflicts are four times as likely to end in a negotiated settlement than in a military victory. However, between one-third and one-half of those agreements fail within five years. One of the most compelling empirical findings on how a more lasting peace can be implemented is to include women at the negotiation table. Peace agreements are 20 percent more likely to last two years if women participate meaningfully in the negotiation teams and 35 percent more likely to last 15 years than if men negotiate alone.

Yet women remain persistently and predominantly absent from peace processes. Nearly 18 years since the passage of UNSCR 1325, women continue to make up less than 10 percent of negotiation teams and only 3.7 percent of signatories to peace accords. 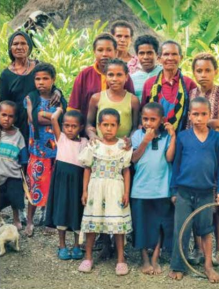 The Kroc School’s Women PeaceMakers Program, which is celebrating its 15th year at the Institute for Peace and Justice, has been at the forefront of advocating for women’s agency in peacebuilding. Our goal of selecting exceptional women peacebuilders to reside at the university each fall to share their work and then allow us to share those lessons with the rest of the world has countered the narrative that there is a dearth of qualified women to include in peace and security decision making.

Studying these women leaders’ paths and strategies is an approach to understand gendered dynamics within conflict and peacebuilding and to advocate for women’s participation at all levels of peace processes.

In addition to becoming the new home of the more than 1,000-member Women Waging Peace network in the fall of 2017, the Kroc School continues to position itself as a leading institution that actively seeks to advance gender analysis as a peace and security tool. Our students and partners in academia, practice, the military and policymaking are learning what we hope will be a self-evident truth before the close of the decade: that beyond equality, women’s meaningful participation simply makes peace more effective.