Saving Pluralism in an Anti-Globalization Era

Saving Pluralism in an Anti-Globalization Era

Economic globalization and the multiculturalism it has engendered are in retreat. Brexit, Trump and the “mainstreaming” of ethnic nationalism across the rich world are the ostensible calling cards of a new era. Xenophobia, racism and anti-immigrant sentiments appear ascendant.

Adam Smith, the purported father of economics, famously observed that the size of the market limits the division of labor and technological advancement. So a retreat from global markets begs important questions about the future of economic development and — to the extent that economic development reinforces the capacity of governments to provide public goods like security, rule of law, education and health care — of peace itself. But maintaining peaceful, pluralistic societies, will require understanding and addressing the economic underpinnings of the contemporary backlash against pluralism in the first place. 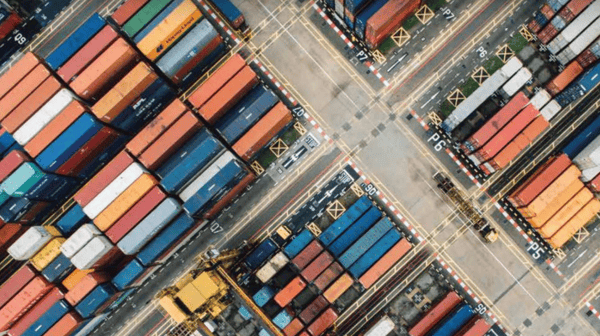 Economic globalization involves the international movement of any production factors: capital, goods and services, and people. For over a quarter-century starting in the 1980s, the doctrine of trade liberalization figured prominently in the conservative “Washington Consensus.” Propounded by the richest countries and the international financial institutions they created and funded, it facilitated the movement of capital and goods but left reciprocal movements of people relatively stymied. For instance, while constraints on capital flows were being systematically dismantled in places like Thailand (one of the reasons that the Southeast Asian “Tiger” economies collapsed so precipitously in 1997), that nation was able to refuse entry to huge numbers of ethnic minorities fleeing Myanmar, claiming that those in question were economic migrants, rather than refugees or asylum seekers. Migration was (and is) deemed a social issue, which therefore falls properly in the domain of “national sovereignty.” This policy largely had the effect of keeping would-be migrants from poorer countries out of richer ones, thereby maintaining high wages in the latter

Developing countries faced a conundrum. On the one hand, they were stripped of the ability to protect local industries and agriculture from the ravages of international competition. Haiti’s domestic rice production, for instance, was decimated in the mid-1990s upon the forcible elimination of domestic tariffs applied to foreign, mechanized rice producers in the United States. On the other hand, the logic of government austerity prevented them from making heavy investments in the education, health care and housing necessary for domestic workforces to rebound. When people are put out of work, they must retool for a line of work that is more internationally competitive or naturally less vulnerable to competition. While back at school, people will need to have a place to live and study, food to eat, decent health care and perhaps child support. Hence economists’ longstanding recognition that increasing openness to trade requires corresponding increases in government spending as a percentage of GDP. Without such support, the predictable result in many countries was a rise in unemployment, falling local government tax revenues and, often, mounting levels of violence, including occurrences of civil war. Following the collapse of the rural rice industry, Haiti experienced accelerated rates of urbanization, exacerbating urban gang violence to the point of near civil war, and culminating in a coup in 2004.

Now, however, the rich world physicians must heal themselves. The harsh medicine so often prescribed by the Global North is being rejected by its own constituents — often by the erstwhile proponents of free market policies. Rich countries facing stiff competition by the “rising rest” are rejecting globalization. In this situation, governments may perceive two basic options: increase public spending (whether funded via tax rises on the rich or borrowing) or reduce openness. But that dilemma is increasingly a false one for the postindustrial world. Eighty-five percent of the job losses in U.S. manufacturing are attributable to automation, not to trade. Nor to immigration. Immigrants are easily scapegoated because a human face can be put on the economic hardship experienced. Indeed, the only real solution would involve economic redistribution within countries so the gains of globalization can be shared.

There is nothing easy about pluralism. It involves concerted good-faith dialogue about which differences can be bridged, which cannot and how much each of those matters. It challenges us to redefine our sense of self and of other. It requires a generosity of spirit (and of fiscal policy) that those feeling threatened may balk at. Yet the rewards of pluralism are vast, spanning the economic, cultural and social realms. Immigrants are more likely than natural-born citizens to win major prizes in academic fields and file for patents. They are more likely to be business entrepreneurs and innovators and to have first-hand experience of pressing social problems. This makes them particularly promising “social innovators” — a field in which the Kroc School is pioneering pedagogy and which we believe is central to peacebuilding more generally

Looking ahead, there are important discussions that we as pluralistic societies need to have about what it means to be humane, respectful, open-minded, tolerant and life-affirming in the face of diversity. That conversation needs to extend not just to (im)migrants, but also to all those who need the tools and support to make the future something to look forward to, rather than fear. As Franklin Roosevelt, the champion of American government social programs, once remarked, “Peace, like charity, begins at home.”