Renewing the Struggle for Human Rights

Renewing the Struggle for Human Rights

Share This Post
begin quoteTaken together, human rights and democracy are increasingly treated as if they were a football — something to be kicked around as part of a contest of politics and power — rather than something precious that can be lost. 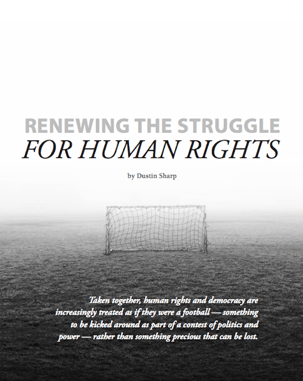 Recalling the ancient if apocryphal Chinese curse, we now live in truly “interesting times.” Only several short decades ago, there was a general faith that the global spread of liberal democracy and human rights was inevitable. It was not a question of “if,” but “when.” Today, democracy is in retreat in numerous countries around the world, and trust in democratic institutions is eroding even in consolidated liberal democracies.

Alongside this assault on democratic norms, we bear collective witness to wavering commitments to the rule of law. Whether it is death squads in the Philippines, suppression of dissent in an increasingly autocratic Turkey or U.S. drone strikes around the world, powers small and large appear to act with total impunity when it comes to established international human rights law and the laws of war. Meanwhile, books are published predicting the “end times of human rights,” and there seems to be a more general loss of faith in the ability of human rights norms to shape a better world by civilizing the brutal scrum of politics.

Taken together, human rights and democracy are increasingly treated as if they were a football — something to be kicked around as part of a contest of politics and power — rather than something precious that can be lost. These developments present an increasing threat to peace in the 21st century, and one of the key challenges going forward will be restoring faith and commitment to protecting human rights around the world.

It is no coincidence that these worrisome developments coincide with a global rise in authoritarian populism and radical inequality. Both of these trends represent the fruits of a poorly managed globalization that has accelerated the creation of a small if powerful clutch of winners, with too little thought given to policies needed to cushion the blow to globalization’s many losers who are facing unemployment, dislocation and fearful uncertainty. Paradoxically, the currents of globalization may have helped to carry human rights norms and activism around the globe, but those same currents have also unleashed dynamics that have undermined support for human rights. 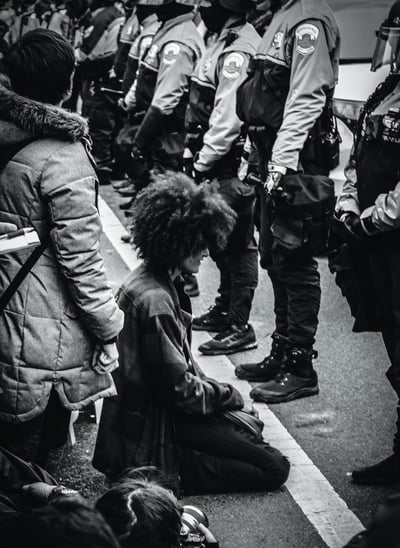 Addressing this paradox will not be easy, but it is possible. As legal scholar Philip Alston has noted, in far too many countries today, there is a (mis)perception that human rights exist only for the protection of persecuted minorities, prisoners and terrorists, etc. If this view is shared by many, it may be a partial consequence of the failure of the human rights movement to take both economic and social rights and the problem of rising inequality more seriously. Western human rights NGOs have been far quicker to denounce the jailing of a dissident or lack of bathroom access for transgendered children than a trade policy that creates massive economic dislocation or a tax policy that subsidizes Wall Street at the expense of the working and middle classes. And yet addressing these issues is essential not only to taming power in times of globalization, but also to convincing skeptical publics, including some of their more privileged members, that human rights are essential to the welfare of all.

Reflecting a similar blind spot, human rights organizations have tended to focus too heavily on elite-driven strategies for social change. The targets of persuasion have too often been the press and the political elite, the methods of change too focused on top-down legal and institutional reforms. Human rights activists have relied more on dogmatically asserting moral and legal truths — that torture is prohibited or that freedom of speech must include the right to make offensive statements — than they have on actually persuading a variety of constituencies that adhering to human rights norms makes sense. Yet the evidence from history — ranging from antislavery abolitionist movements, to the progressive reforms of the early 20th century, to the civil rights movement — suggests that human rights are best advanced when they are supported by genuine “people power,” and this requires significant constituency building outside of elite circles. While tales of the “end times of human rights” may be greatly exaggerated, neither can human rights survive without a broad base of support.

Much work remains to be done if the human rights movement is to make the necessary pivots for changemaking in the new century. And yet even though the global war on terror and the rise in authoritarian populism have served as a sort of one-two punch to the cause of human rights, we can take some comfort in knowing that human rights have survived difficult times before, including the hypocrisy of Cold War politics.

Human rights may be down, but they are not out.

If the West has started to lose faith in a progressive vision of history in which democracy and human rights are ascendant, it is in part because we have forgotten that such liberal goods can exist only as the product of perpetual struggle. It is perhaps only with the credible threat of loss that many will be convinced that it is worth re-engaging in the fight. In that sense, the current moment provides ample grounds for hope.