It’s Time to Get Out of Bed

It’s Time to Get Out of Bed 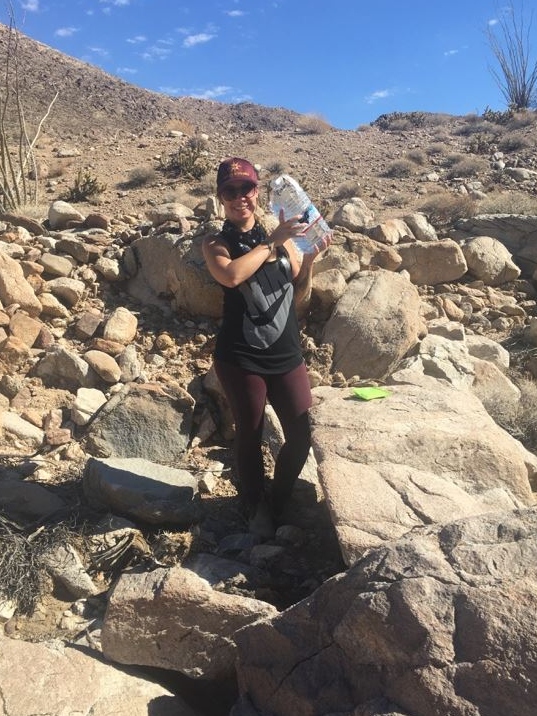 begin quoteIt is my privilege to play one small part in keeping people safe while they take on the impossible.

As a graduate student with seemingly no free time, Saturday mornings are very precious to me. I enjoy sleeping in until a nice late 7:30 a.m., and scrolling through Instagram in my comfy bed for an hour before crawling downstairs to make a hot cup of coffee and begin countless hours of reading and research.

What if instead of sleeping in my comfy bed last night, I had been sleeping in the desert, on the ground, in my jeans, carrying everything I had managed to take with me to start a new life? What if yesterday was the last day that I knew I would ever see any of my family again? What if I was going to a place where I knew I wasn’t wanted, and I would have to live in hiding? What if I was willing to move to a place where I would have no rights? What was I running away from to make this seem like the best option? 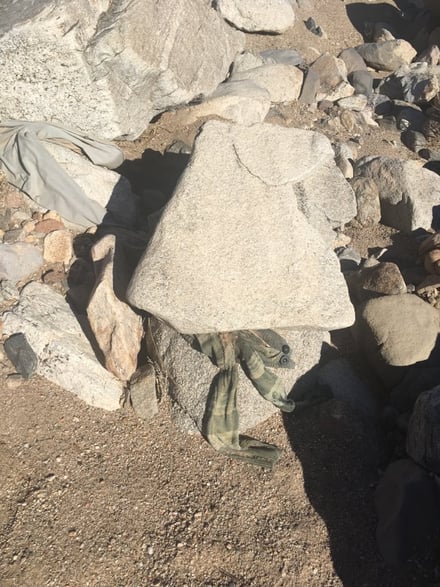 I have been living comfortably in San Diego for 10 years and never realized there are people going through this experience only a few short miles from my house. Most migrants crossing in San Diego and Imperial County are from Central America: Honduras, El Salvador, and Guatemala. They are fleeing from persecution, gang violence, and sexual violence, among other things. It is a dangerous journey with no promises at the other end. Women and girls are told to take birth control before they leave because it is not a question of if they will get raped, but when. This is only supported by torn panties found along the trail. Pregnant women and small children take this route hundreds of miles through harsh, unforgiving conditions and you can see their tiny footprints left behind in the sand.

After making it through Central America, Mexico, paying a coyote to take them across the border and through the desert and hopefully not exploiting them more along the way, migrants will need to leave their dusty, dirty clothes behind, brush their teeth, wipe off their faces, and walk up to the I-8 freeway and hitch a ride, pretending to be just another Californian needing a ride into town.

Saturday morning, my morning, would be different. I had heard about the migrant caravan coming from Honduras to the U.S.-Mexico border or, more specifically, the Tijuana-San Diego border. I cannot control what happens to them along their journey, but I can make one small effort to keep them safe once they have crossed into the United States. That morning I would wake up at 6 a.m. and strap on my hiking boots. I would meet with a group of volunteers and a group called Border Angels to do our small part to leave politics aside and save some lives. We drove an hour out to the desert together with our backpacks full of jugs of water, toothpaste, and feminine hygiene products to leave along the migrant trail. 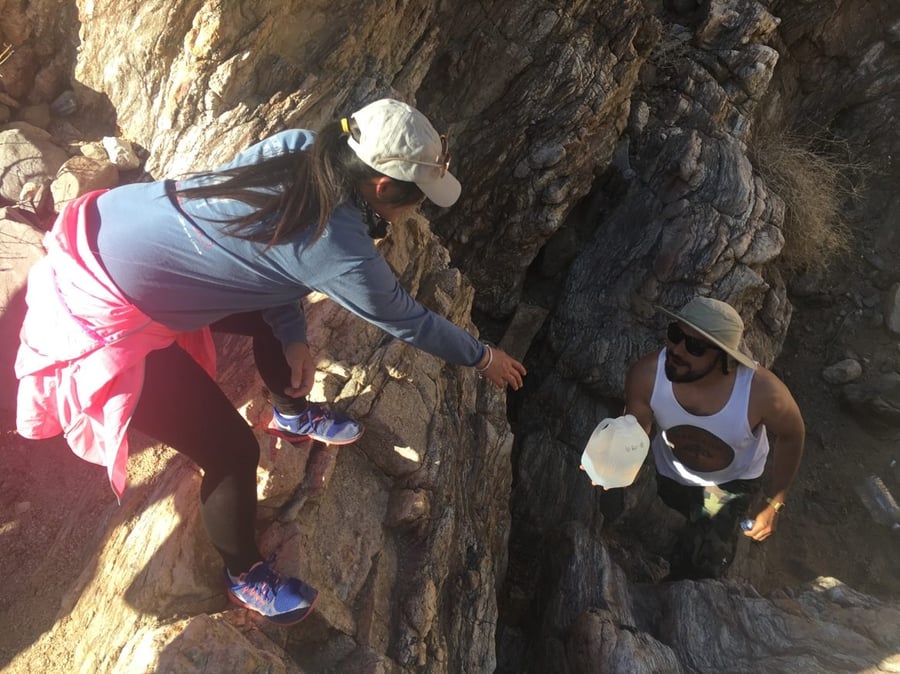 Once we arrived in the small town of Jacumba, California each “route leader” described the distance and difficulty of their route and the volunteers circled up accordingly. Jessica and Tanya would be leading my group today. We went around in a circle introducing ourselves. We had lots of people that had undertaken this trek before of leaving behind water. Our group members came from all over California to participate. Some were from local universities, some brought friends or family members, and some were there to honor their family members who had crossed these routes from Mexico in order to provide a better life for them. 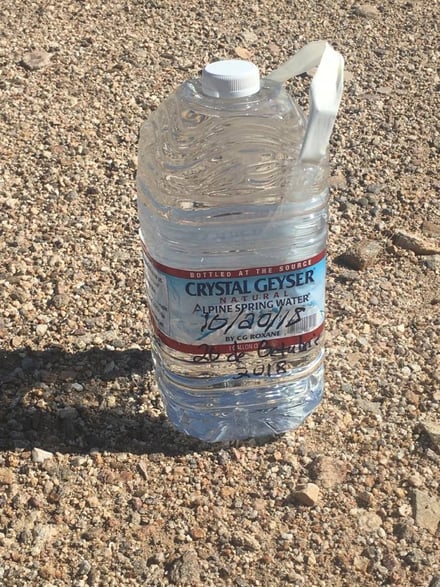 It was nearly 11 a.m. before we hit the sand. Looking like banditos with our bandannas, hats and glasses shielding our skin from the torturous sun, we began our journey. We found jackets, sweaters, and half empty water gallons along the way. The harsh sun beat down on us as we hiked in the 90-degree heat with no signs of shade. No one from Border Angels had taken this route in three months, so we were on an operation to check and replace water gallons. Some of the jugs had been contaminated by animals scratching and biting the lids off to find refreshment. Others needed to be poured out because the water had been in plastic under the hot summer sun for months releasing deadly chemicals into the supply.

Our group started off with some struggles. At one mile in, we had to stop for someone getting bad headaches from the heat. At two miles in, we had to stop and distribute the contents of someone’s bag because she wasn’t feeling well. Our cell phones were out of range, and I found myself wondering how we would even get help out there if someone were to get sun poisoning or break a leg. The sand was soft, and your feet sink in. My ears were popping from the altitude.

As a group, we kept an eye out for each other and made sure we drank enough water and reapplied sunblock. What if we hadn’t? Would I be able to focus on listening to my body’s needs if I knew my family was in danger? Once we got going again, the rest of our trip went smoothly. We hiked just over six miles, avoiding the spikey balls from cacti called cholla, and made it safely back to our cars for a debrief. I made it home at 7 p.m. that night, 12.5 hours after my venture started. It felt like a very long, hard-earned day.

Dropping off water with Border Angels along the migrant trail was an experience that I will not forget. I look forward to joining the team for their hike next month as well but even more, I came home with a better understanding of what it takes for others to get what I was born with. At the end of the day, I still got to climb back into my comfy bed. This time, I will spread the word. It is my privilege to play one small part in keeping people safe while they take on the impossible.

Interested in peacebuilding opportunities related to immigration and the U.S.-Mexico border? Learn more about graduate programs at the Kroc School.

The previous was written by Kroc TBI student Casey Alison Myers. Thank you to Border Angels for keeping all of us humble and focused.