Internship Update: Responding to a Devastating Monsoon in Nepal

Internship Update: Responding to a Devastating Monsoon in Nepal

begin quoteTogether, they were able to get over a dozen big bags of donated clothes in only three days.

As an intern from the University of San Diego's Kroc School, coming into work on the Nepali Emerging Leaders Program (NELP) in Kathmandu halfway through its 2019 course, I was most excited to get to know the NELP participants. The prospect of working with and learning from emerging young leaders of another country greatly appealed to me. When I had the chance to sit down and have conversations with a few NELP participants about their ongoing work, I was blown away by the variety of works that these emerging leaders have been doing and the ways NELP has supported them.

Right in the middle of my internship in Kathmandu, the monsoon season began. On July 10, parts of Nepal were hit with heavy rain lasting days, causing massive flooding in many villages, particularly in Rautahat, a district in the southeastern plains of Nepal. Tens of thousands of people have been affected by the flooding with countless people losing their homes and more than a hundred deaths so far. I was shocked. Coming from Southern California, I’m not used to seeing this much rain ever. 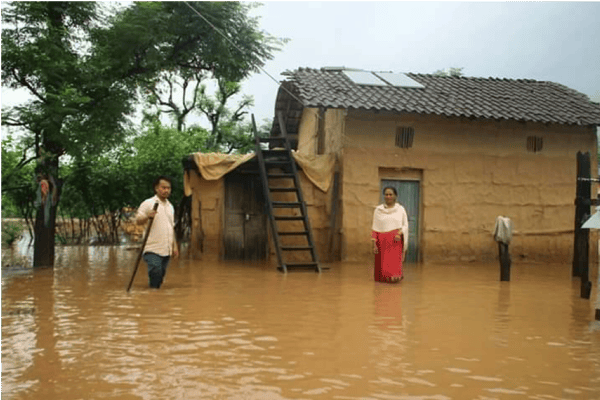 A few days later, as I was still trying to wrap my head around the devastation the flooding had caused, I ran into a few NELP participants around the office. I was surprised to learn that in response to the human suffering they saw in the news, Bikash Nakarmi, a NELP 2019 participant and resident of the Kathmandu Valley, and his friend and fellow NELP participant Sanjay Yadava, a local of Rautahat District, started a clothing and medicine drive for the flood survivors. In just two days, they got other NELP participants to help them with the project, including Anil Mahaseth, from Siraha District, who drove around Kathmandu with Bikash collecting donated clothes. Together, they were able to get over a dozen big bags of donated clothes in only three days. 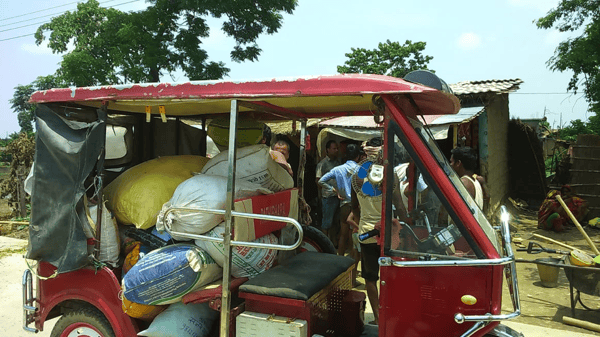 The donated clothes on their way to flood victims. Photo credit: Sanjay Yadava

On July 17, Bikash sent the first collection of donations on a night bus to Rautahat, where Sanjay took the donated items and distributed it to the flood victims in the area. Bikash and Sanjay are still currently taking donations, including clothes, medicine, and dry or canned food to send to the flood-affected areas of Rautahat. While talking with Bikash, he credits the Nepali Emerging Leaders Program, particularly the cohort aspect of the program with enabling him to respond to this natural disaster in the way that he did. He acknowledged that it would have been very difficult, near impossible, for him to send much-needed items to the flood-affected areas if he didn’t know anyone from there. Due to the close-knit cohort component of the NELP, Bikash was able to get his cohort members involved in this project working on getting donations, and had a trusted friend and colleague do the actual distribution of the donated items to those affected by the flood. In response to my compliment on how smoothly this process has gone for them from collecting the donations from all over Kathmandu to sending it on a night bus to the affected area and finally to getting it distributed to those affected by the floods all in a span of a 5 days, Bikash humbly credits his peers and his training, specifically, the project management sessions of the NELP saying, “it taught us how to do it [project] properly in a systematic way.” In addition, Sanjay said that “being an emerging leader and a youth of my community I take it as my duty to help people (irrespective of their so-called classes, colors, sex) who are in need.” And he credits the NELP with giving him a support network in his cohort members as well as in the mentors to do just this.

The NELP is not only preparing these emerging leaders of Nepal to affect long-term change in the country, but it is also equipping them with the necessary skills and support to respond to the immediate needs of their communities in a meaningful way.

Stay tuned for more posts from Kroc School students while they complete their summer internships. In the meantime, you can learn more about the Kroc School’s graduate programs that combine theory and practice to help you advance in your career as a peacebuilder and social innovator.