How the United Nations CSW Inspired my Career Path

How the United Nations CSW Inspired My Career Path 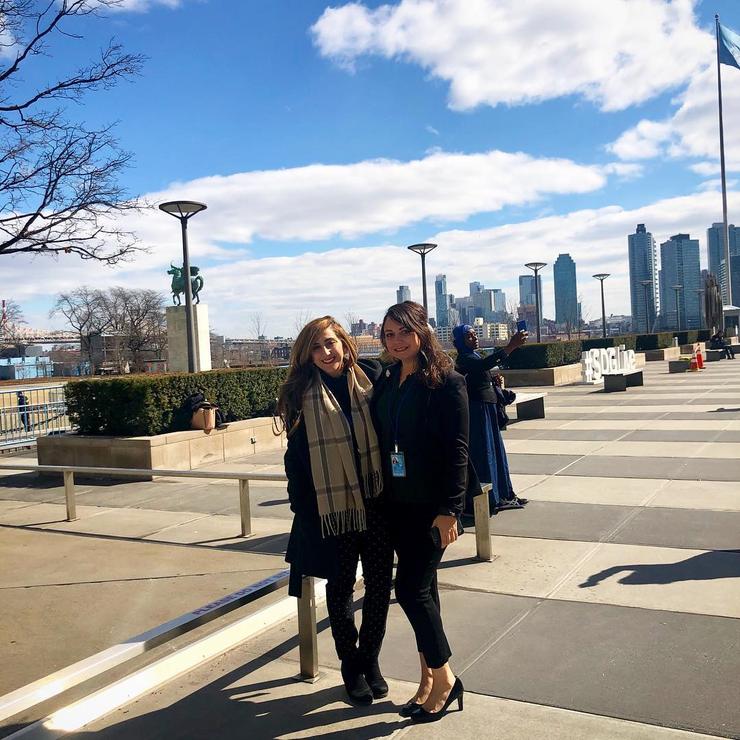 begin quoteI am so unbelievably grateful to have had this hands-on, eye-opening experience, and cannot wait to be back at the UN again, hopefully as an employee inspiring other aspiring peacemakers.

For my entire professional career, I have dreamt about working at the United Nations. I have spent years working in refugee resettlement and immigration services, and volunteering with a variety of nonprofits in order to gain diverse and relevant international experience. I did not feel particularly close to my dream of working at the United Nations (UN), however, until I arrived at the Kroc School in 2017 to obtain my Master’s in Peace and Justice.

During my first year of school, I frequently thought about a career at the UN. I wanted to affect change on the largest scale possible, and as a global organization, the UN seemed like the best way to achieve that. As I learned about the complexities and bureaucracies of such a large organization that has limited accountability measures for member states, I was left feeling a little jaded. One particularly disheartening revelation came during my first semester in my International Justice and Human Rights course, when we learned about member states that are not held accountable for human rights violations, and member states — including the United States — that are not even required to sign certain global treaties (including the treaty regarding the Elimination of all Forms of Discrimination Against Women). 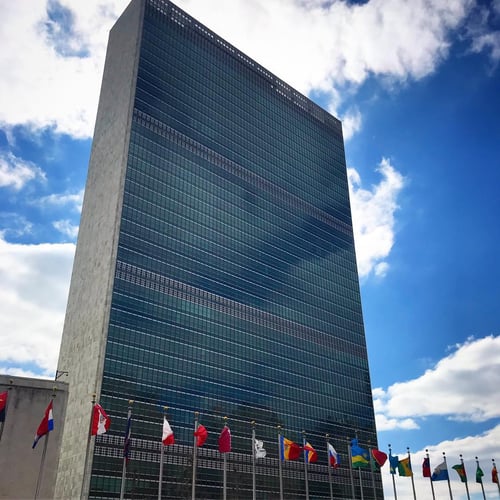 With this news, I was discouraged and saddened to think that my dream job at the UN would not turn out to be the world-changing job I expected, and that I wouldn’t be able to make the type of impact there that I very much want to make. I continued to dwell on this, so much so that I questioned my tentative career path and decided to shift my focus away from the UN, perhaps towards a smaller-scale NGO that works more closely with people on the ground, and where I felt I could make a bigger difference. A shift towards new career options felt increasingly necessary.

Even as I explored other career options, a part of me held onto the dream of working for the UN, and when the opportunity to go to the 63rd United Nations Commission on the Status of Women with several students and the Kroc Institute for Peace and Justice (Kroc IPJ) Program Officer for Women PeaceMakers, I went for it. I am so glad I did because it completely changed my perspective. Yes, the UN might be complex. Yes, it might have its fair share of red tape and irritating bureaucracies. And yes, a Peace and Justice student with the energy and passion to take on the world might not like the idea of being held back by these things. But having the opportunity to see 5,000 women changemakers and peacebuilders gathered in one city, taking over the entire neighborhood around the United Nations Headquarters in New York, showed me that despite its shortcomings, the United Nations and their implementing partners are, in fact, Getting. Things. Done. 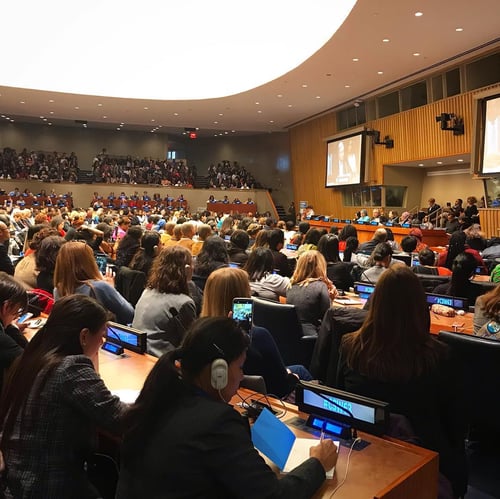 I met women from India who worked to employ members of the Dalit (untouchable) caste, to help raise themselves from poverty. I heard from an Australian woman about the importance of spirituality in peacebuilding, and how we are all connected as one human family. I got to hear UN Secretary-General Antonio Guterres open the conference with a speech about the power dynamics of gender equality and how he wanted to learn as much as possible from the women attendees. It was so inspiring not only to see all of these women doing incredible things through the platform of the UN, but also to see the male UN Secretary-General so eager to engage in dialogue around gender equity, power dynamics, and the importance of inclusion.

At this same Town Hall, the UN Women Executive Director, Phumzile Mlambo-Ngcuka of South Africa, led hundreds of women from all over the world in song to open the official meeting. I heard from our very own Kroc IPJ’s Women Waging Peace members on their experiences creating gender-inclusive peace processes. I learned about the experiences of women journalists, and how they suffer from harassment so much more than their male counterparts, but stand in solidarity to support one another. My favorite session involved hearing from Egyptian representatives on their experiences empowering women refugees from Syria by engaging them in services already established for Egyptian women. This topic was particularly interesting to me because my capstone project is focused on challenges during the refugee resettlement in the United States. It was eye-opening to hear these Egyptian women talk about their success in overcoming some of these challenges by helping refugees engage in programs with Egyptian citizens, rather than keeping social service programs separate and treating refugees as outsiders. I met graduate students, teachers, mothers, daughters, journalists, doctors, diplomats, and more. 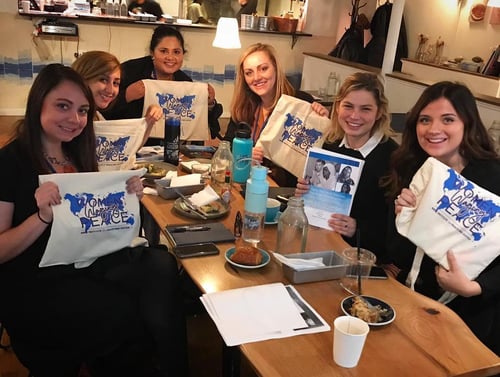 This experience was life-changing for me. I realized that despite all my reservations about working with the UN, people really are making a difference there. I also learned that it is one thing to study peacebuilding and international organizations in the classroom, and quite another to actually go out into the field and engage with active peacebuilders working with these organizations. I am so unbelievably grateful to have had this hands-on, eye-opening experience, and cannot wait to be back at the UN again, hopefully as an employee inspiring other aspiring peacemakers.

This post was contributed by Tina Rucci, a student of the Master’s in Peace and Justice program. Ready to follow in her footsteps as a changemaker? Learn more about our graduate programs.