How the Kroc School Helped Me Power a Movement

How the Kroc School Helped Me Power a Movement

begin quotePerhaps most importantly, we earned the trust of many of our fellow students and allowed them to share their vulnerable experiences with us as a way of raising awareness about an important issue and helping them heal.

Signing up for Professor Dustin Sharp’s Human Rights Advocacy class was both a blessing and a curse. The blessing was getting involved in a campaign that would go on to change lives across campus, including my own, and the curse was becoming so immersed in its momentum and success that, at some points, it became hard to step away from. 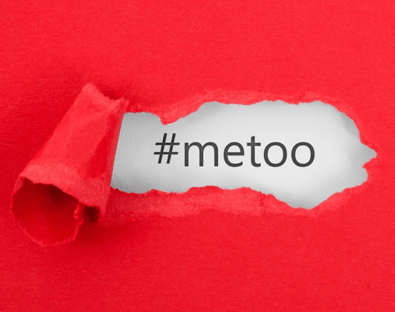 How an Assignment Becomes the Start of a Movement

In the class, we were tasked with choosing a human rights movement to analyze, modern or historic, and I chose the #MeToo movement. In the beginning, I was the strongest critic of the movement. In fact, I hated it. I was so angry at those posting #MeToo nonchalantly, without realizing the retraumatization they were subjecting me to as a survivor of sexual assault. Was their stalking they spoke of really worth rehashing memories for me that I had worked so hard to suppress? It felt like a punch in the gut, like they were comparing being whistled at to an assault that I still struggle with accepting to this day.

Thankfully, in class we analyzed what made a successful movement, not whether or not I agreed or disagreed with these women, and over the course of the semester I began to empathize with them. In fact, I created a movement of my own. A friend spoke to me of her experience at a local newspaper office where she was harassed, and how when she tried to speak out, she was hushed. This was all it took for me to begin to work on a campaign we now call #MeTooUSD. Given one of our platforms was bringing to light opportunities to improve the University’s response to sexual assault, the co-founder and I wanted to ensure we could bring attention to  important voices and concerns. This led us to strategically contact individuals across campus to gain support and guidance so that we could make the most of our campaign launch.

Sharp taught me last semester that effective change is often made by applying pressure from more than one area. To illustrate his point, he showed me a rather terrifying diagram with about 30 arrows pointing at different organizations, states, individuals or countries and told me that it often takes all of these entities to make positive change.

With that image in my mind, my comrade and I reached out to the director of USD’s Women’s Center, Erin Lovette-Colyer, and pitched our campaign to her. Although we could have attempted to make changes in the system alone, soliciting guidance and support from other partners on campus proved worthwhile. While we were focused on a rather singular campaign, she told us to focus more broadly. We ended up hosting an event where we brought together students to discuss what the #MeToo movement means to them, allowed a safe space to be created, and created a base of supporters from there. Shortly after, we created a social media presence where we engaged with the people who were calling out for accountability, solidarity and leadership on our campus.

The Movement Builds Momentum – At an Unexpected Cost

Doing all of this while I was tackling a full-time student course load, two internships, and acting as assistant director of our student government became a running joke with my family and friends – all combined, there was just too much to do. I became so invested in the #MeTooUSD campaign that I started to neglect my own self-care. I had no boundaries between my personal and professional life whatsoever. For example, I thought it was more important to post a Self-Care Sunday message to Instagram each week in order to support our followers than it was to heed my own sound advice.

During our last class of the semester, Sharp talked about burnout, and what he shared definitely struck a chord with me. By that point, I was definitely overworking myself, and I was so invested in the cause that it felt like I’d developed a one-track mind: supporting the movement. It took him saying something to the effect of, “Thinking that if you just worked more you would have fixed the problem is very unrealistic,” for me to realize that it was okay to take a breather. No matter what, for the foreseeable future the problem would still be there, whether or not I took time to exercise or left my phone in the car while I hiked. My contribution was valuable, of course, but I could still support the campaign and the movement while giving myself the space I needed to be my best self.

The Movement’s Results, and Lessons Learned

#MeTooUSD flourished last semester, with 567 Instagram followers and counting, despite my poor self-care. This isn’t because I pushed myself to oblivion, it’s because I worked with an amazing partner, and we worked through our issues together — at times crying, laughing, stressing over finals — and we supported each other. By putting pressure in all the right places, we published an article about the ways students need to work harder to create accountability at USD, we held a panel event with multiple department heads present and presiding on the panel, we presented to the Board of Trustees, we launched a successful social media campaign. Perhaps most importantly, we earned the trust of many of our fellow students and allowed them to share their vulnerable experiences with us as a way of raising awareness about an important issue and helping them heal.

I feel like I lived Sharp’s Advocacy class this semester. He taught me the skills to really make change on and off the campus, and I not only was able to use them, but teach them to others. I might be stumbling in some of them, but I recognize it, and that’s the whole journey.

This post was contributed by Jessica Dockstader, a Master of Arts candidate at the Kroc School.

Want to learn more about how to start a movement of your own? Learn about the Kroc School's graduate programs including the MA in Peace and Justice.