Harnessing Evidence-Based Solutions to Achieve Peace in Our Cities

Impact:Peace was launched in July 2019 by the Kroc Institute for Peace and Justice at the University of San Diego. Our goal is to identify high potential change processes that have the potential to improve peacebuilding and violence prevention, and energize those processes through application of evidence, knowledge and research. This goal of Impact:Peace is central to the work of the Peace in Our Cities network, which we co-facilitate with the +Peace Coalition and Pathfinders for Peaceful, Just and Inclusive Societies.

Peace in Our Cities was launched in September 2019, with a goal of halving urban violence by 2030. This includes 17 cities from around the world, from multiple different contexts and countries. Our city members are joined by 24 organizing partners, from UN agencies to local peacebuilding organizations, all of whom have come together with this bold assertion that the levels of urban violence in the world today are much too high, and we need to do something about that.

Critical to this boldness is the assertion that we have much of the knowledge and the tools needed in order to do something about these unacceptable levels of violence. There is a real gap in putting the knowledge, practice and evidence-informed tools into place to make sure that people can live their lives free from fear. We have so much knowledge on how to address violence in cities — if only we put it into practice. This imperative is particularly true given more than two-thirds of the world’s population is projected to live in cities in the next 20 or 30 years. There’s an urgent imperative here that we have to act fast.

As one of the co-facilitating partners of Peace in Our Cities, you work with partners and city governments across a range of contexts from Oakland, CA, to Colombo, Sri Lanka, to Nairobi, Kenya. What is something about urban violence reduction work that spans such different contexts?

It is true that violence differs quite a bit from place to place, both in type and scope. However, there are some things that are pretty consistent across contexts. This includes the fact that violence tends to concentrate among certain people, and most particularly that it tends to reinforce existing inequalities, whether that's inequality within society or inequality within the home, which leads to more violence against women (VAW) and violence against children (VAC). Violence tends to be about power — both the demonstration of power and the contestation of power — so there's some consistency there in terms of concentration and inequalities that we see place to place.

We have also seen a significant reduction of different types of violence across a range of different contexts, meaning that there are strategies out there that work. Whether this is Glasgow, Scotland, which used to be called the homicide capital of Europe, which has achieved significant reductions in their homicide rates; or Medellin in Colombia, which many people have studied. We can look to Singapore, in Asia, which decades ago had greater levels of serious violence than Jamaica has today; or Oakland California, which has seen a 50% reduction in lethal violence in the past few years. We know that there are real and meaningful steps that can be taken, and that progress is possible

Impact:Peace works to bring evidence to bear on what works to prevent and reduce violence in both conflict and non-conflict contexts. How does this mission come into play in the work done with Peace in Our Cities?

What has been true historically, is that there have been people who work on conflict-type violence, and non-conflict type violence. But as the world becomes increasingly urbanized, those distinctions and those breakdowns become slightly less meaningful. One of the things that we do is bring evidence to bear on what can be achievable — regardless of whether it's termed “conflict” or “non-conflict” violence — in urban areas that is where the majority of humanity resides and will continue to reside.

For example, we are doing research right now with the Stanley Center on Peace and Security around mass atrocities and cities. This work is bringing the mass atrocities community into work done at the city-level, which is a new area of collaboration. This work is connected to Peace in Our Cities, because we have city leadership — both elected government leadership and leadership in the form of civil society and community organizations–standing up and articulating an urgent need to address violence, whatever form it takes.

Core to Impact:Peace, and subsequently Peace in Our Cities, is the belief that we know that with data and information, we can push back against fatalism. We know that we can make a case for why it’s so imperative to invest in peace: it’s because peace is possible. We know that violence reduction is possible, because we have seen when investments reap rewards, and we know that we can no longer be complacent in the type of violence that persists in people’s communities.

Our work with Peace in Our Cities also strives to blend the practical with the hopeful and the optimistic. Many cities and organizations know that there are violence reduction strategies that work, but they don’t know how to apply these things to their particular context. How do you, in a highly budget-constrained context, invest in strategies that have the evidence of effectiveness? That’s the part that’s really important — it’s not just about the research, but also about the potential for the change process, and how these need to come together in order for there to be real, meaningful, lasting impact.

How has work with Peace in Our Cities shifted during the COVID-19 pandemic, and how have the varying levels of impact in each member city affected violence reduction work going forward?

While there’s been a significant variation in the impact of COVID-19 on violence across the globe, there have also been two pretty consistent trends across city contexts. One has been the global spike of violence in the home — violence against women, violence against children, and elder abuse. That has been a consistent finding across cities and countries affected by COVID-19.

The other consistent trend is that cities are now operating in highly-constrained budgetary contexts. Cities already have limited funds to invest in violence prevention and peacebuilding, and the pandemic has further constrained those funds and required huge adaptations in terms of how people work. These factors will have repercussions in terms of cities’ abilities to address violence going forward.

For Peace in Our Cities specifically, we have very quickly adapted our research priorities as a result of the pandemic. Originally crafted by our city and organizational partners in our strategy retreat in Amman, Jordan in February 2020, the research agenda had the “top violence priorities” of the cities, ranging from violence against women to violence over land rights.

At the outbreak of the COVID-19 pandemic, we re-surveyed our city and organizational partners, and found that there were 6 areas that rose quickly to the top in terms of urgency. These 6 areas are where cities have indicated that they have knowledge gaps, and are looking for additional resource expertise.

The areas of research examine the interaction of COVID-19 with (1) violence against women; (2) violence in slums or informal settlements; (3) violence and engagement with armed/organized criminal groups; (4) law enforcement and community relations; (5) social media as both a vehicle for violence and a deterrent; and (6) local government and national government responses.

The research is very connected to urgent adaptations that can be taken by cities, and analyzes which adaptations and innovations are proving most impactful and positive. We’re working within a highly dynamic and changing context, but we’ve worked hard to ensure that we’re working within city priorities to collectively uphold public safety alongside public health.

Are you interested in learning more about the work being done by the Kroc IPJ and Impact:Peace? Check them out here. 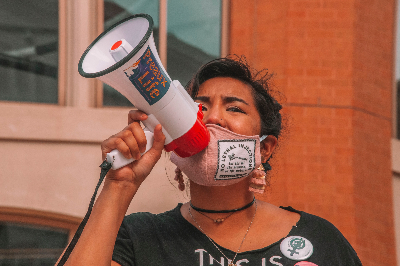 Call for Applications: Inaugural Activist-in-Residence Award for Addressing Systemic Injustices in the U.S. 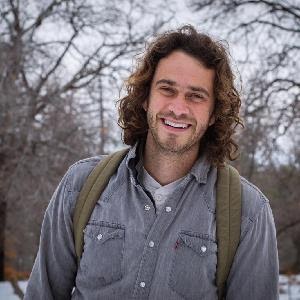 The Peacebuilder: Connecting With the Thread Within and Beyond