From Handouts to Hand Ups – Creating Sustainable Change in Colombia

From Handouts to Hand Ups – Creating Sustainable Change in Colombia

begin quoteThere is so much to learn from Colombia: the focus on communities and youth, social innovation initiatives, and the challenges of creating sustainable peace.

The following blog post was contributed by Master of Arts in Peace and Justice student Kendahl Kelly.

In 2016, after more than 50 years of armed conflict, the government and the Revolutionary Armed Forces of Colombia (FARC) reached an agreement, and the peace accord was signed. Just four years later, the country of Colombia is in transition on every level to rebuild the country and work to achieve sustainable peace.

Kroc School students traveled to Colombia during spring break and visited different NGOs and other organizations working to make Colombia a better and more peaceful society. When visiting these organizations, a prominent theme was to change the “Poverty Mentality” present in Colombia of depending on handouts. The organizations we visited focused on trying to move away from donations and towards a more sustainable model, as well as teaching the population they serve about agency and capitalizing on their skills. This correlates with another theme we observed, which was pride in the progress and possibilities of Colombia. The country is resource-rich and has great potential, and the people are slowly engaging with this potential through agency and community engagement. Although it might take many years before Colombia recovers from years of armed conflict, the progress and urgency bring much hope to the process.

One of the most impactful experiences of the trip to Colombia was meeting Captain Escalante, who works for the peacebuilding unit of the National Police of Colombia. To achieve peace, they must build trust with the community. The peacebuilding model, which the police use as a framework, was made in collaboration with the community. Furthermore, after the peace accords, they created a three-body mechanism made up of one police officer, one FARC member, and one United Nations observer. They went out to the communities together to show unity and build trust. Many times, when the police would go into the communities, they would wear a different uniform because they knew the connotation of their uniform was not positive to everyone.

Young police officers are an integral part of the process as they do not have a “war mentality” and therefore are better at building trust. Furthermore, the police now have a gender component in their framework and are trying to get more women to be a part of the force, especially since women are much better at connecting with the community. Currently, according to Captain Escalante, only about 3% of police officers in Colombia are women.

Another powerful experience was visiting Fragmentos, Espacio de Arte y Memoria, a non-museum with one big room where the floor is made of more than 8,000 firearms turned in by the FARC after the peace agreement. Women who were victims of the war hammered and stepped on metal plates used to make the floor as part of their healing process. Standing in this room was one of the most powerful experiences in terms of grasping the magnitude of the conflict and how much harm the armed conflict created. At the same time, it was a place that symbolized hope and moving forward. 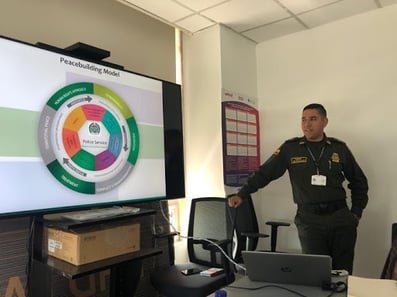 In the organizations we visited, there was a big focus on lifting up the most vulnerable communities. In many places, this starts with the youth. Specifically, in two of the organizations we visited, creating opportunities for youth was the main focus. Fundación Biblioseo is a youth-run organization located in a rural area in the mountains of Ciudad Bolivar, Bogotá. The organization wants to address the poverty mentality of the youth in the area and empower them to reach their goals. They have many small initiatives like feeding the dogs in the community, recycling projects, and various ecological initiatives that are all run by youth in the community. Kroc School students were fortunate to be a part of feeding the dogs, helping put bricks in the wall of what is going to be a youth center, and planting trees. 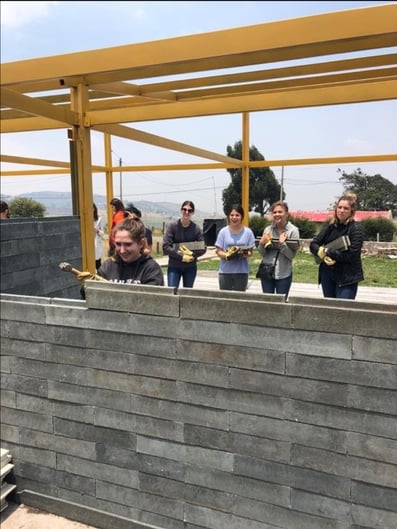 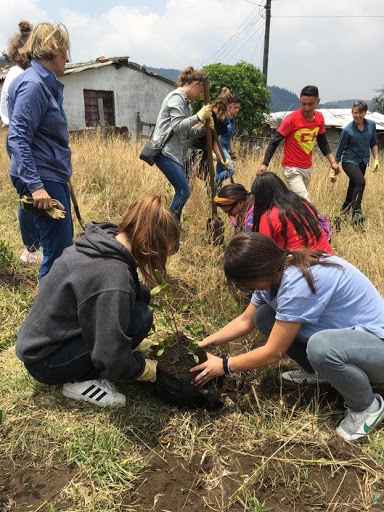 At the Investing Hope Foundation, they teach children the basic principles of entrepreneurship, financial management, and saving money. They want to teach children that they do not need a handout, and the goal is for the children to be able to save up to go to college. They save money by selling baked goods, candy, and chocolate. The biggest challenge for the organization is being sustainable, as Opportunity International Canada covers over 50 percent of their costs. This initiative is very important because of the enormous disparity between rich and poor in Colombia. Many of the families in the community live paycheck to paycheck and are never able to save. This initiative gives children a chance to go to university and change their lives. In both of these organizations, the focus is on community engagement and eradicating the poverty mentality. 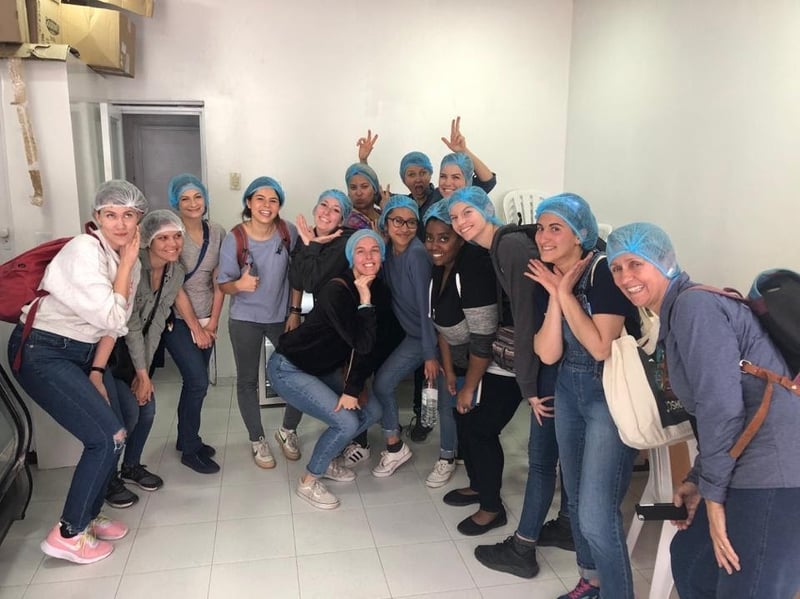 I learned so much on this trip to Colombia, specifically about how handouts can hurt a community and how achieving sustainable peace is a complicated process. However, I also learned about how much potential Colombia has and how many people are working to help lift vulnerable populations out of the poverty mentality. There is so much to learn from Colombia: the focus on communities and youth, social innovation initiatives, and the challenges of creating sustainable peace. These are very important lessons that I will carry with me throughout my career in the peace and justice field.

Ready to advance on your journey as a changemaker? Learn more about the Kroc School's Master of Arts in Peace and Justice program.