Coupled Narratives: The Conjunction of Peace and Plastics

Waste is a good leverage point for entry into environmental discussions, as everyone contributes and is connected to waste. It is no longer just "death and taxes" as constants in life - Benjamin Franklin would now need to add “waste.” Yet, we choose to waste, and what materials are wasted. In this sense, ‘waste’ is not a noun but a verb; the choice to waste something rather than value it. In the Western world, for the most part, waste is ‘distanced,’ it is taken away in an attempt to make the processes of consumption and resource use invisible. However, in other parts of the globe, like South Asia where I have been working over the last 5 years, waste is tangible, visceral, noxious, undeniable, begging-the-question. Beyond the mountains of ever-increasing waste, pollution wrought by plastic waste impacts places you’d hope not to see it, like the remote areas of Everest, Ladakh, and Himalayan lakes and rivers.

Toy soldier marine debris, washed up on the beach in Sri Lanka. An apt metaphor for the link between plastic and peace.

My foray into plastics awareness started as a child in the Pacific Northwest. Oregon was an early adopter of recycling, and had the first Bottle Bill in the US; in elementary school, we even had student-led classroom recycling. We also had programs like outdoor school that instilled a sense of appreciation and wonder for the environment, and thankfully I was able to spend most of my free time outdoors, rather than playing video games or on a computer. Fast forward some years, and my interest in waste and how we use materials deepened when I was in the Peace Corps in Mali (05’-07’) and in Guinea (10’-11’). Indeed, Peace Corps was the ‘hardest job you’ll ever love,’ and I thank Father Ted Hesburgh for his influence on its inception.

In Mali, I lived on the fabled and majestic Niger River, a river that has carried goods to and fro across West Africa and up the Sahel for millennia. The river is sacred. Every year, it is told that the spirits of the region meet atop the Dune Rose on the Niger bank. There are so many stories that centralize around this river, and the energy it brings to this otherwise parched landscape. Yet now, all the packaging from modern food choices ends up in the river, too. For me, noticing this disconnect was hard to fathom. Why would people who depend on the river for their livelihood, sustenance, spirituality, and transportation pollute the river? I refuse to believe that people just don’t care. Only a few decades ago, all the packaging in Mali would have been natural material and degradable, and that is why we don’t see ‘archeological pollution.’ The remains one finds are durable: reusable goods like ceramic pottery, glass Venetian beads, and statues - items that spark curiosity, poetry, and reflection. I don’t think future generations will be making poetry about disposable plastic diapers and plastic flip-flops lapping on the bank of the river.

Another experience that prompted plastic reflection, was one day noticing the colorful plastic hair clips of my neighbor, a five-year-old Guinean girl. Dozens of these clips were in her hair, each one a different color in the shape of a cowboy boot. In a village made up of primarily mud huts, thatched roofs, and unpaved roads, it seemed absurd to see these dangling multi-colored, cowboy boots. Medicine is often hard to come by in such places. The Peace Corps even gives us a book, “Where there is no Doctor,” so we can be self-sufficient in the field. But, how did these cowboy boot clips get here? Why has the rollout of plastic across the globe been so easy, when other things are so difficult?

It wasn’t until later that I realized the plastic issues I was witnessing in Mali and Guinea were part of a much larger global phenomenon. “Plastics are the lubricant of globalization,” as Captain Charles Moore, marine debris advocate and founder of the Pacific Gyre quips. The spread of plastics into more and more localities around the world is part and parcel of the contemporary system of market expansion. The process of growth in its current form creates plastic pollution as an externality, and these challenges are left to local communities and local environments to handle.

Peace is often framed in terms of stability, as a metric for economic growth. Indeed, the institute for economics and peace has a report titled, “The Economic Value of Peace, 2021.” But, what kind of a system are we building when we prioritize this current form of growth? Bobby Kennedy once said, “GDP measures everything except that which makes life worthwhile.” During my time as a student at the Notre Dame Kroc Institute, I learned firsthand about the value of well-being indicators while working at the Gross National Happiness (GNH) Commission in Bhutan, and studying other such indicators that attempt to incorporate a more holistic approach to well-being, such as the Genuine Progress Index, the Thriving Planet Index, the Happy Planet Index, and the Better Life Index. Yet, even these are incomplete when it comes to considering the lasting and unquantifiable impacts of environmental degradation. How do we quantify the river that a child can never swim in? What is the loss to humanity of a fully-degraded ecosystem? The Lancet recently announced that pollution is now the number one cause of death on the planet. If it is doing this to our bodies, what about our spirits?

Peace and plastic might seem like divergent topics; however, there is no such thing as human well-being without planetary well-being. We collectively now face a global pandemic of plastic. Microplastics have been found above the 8000 m level on Everest; inside the Mariana trench, the deepest trench in the Pacific; in once-pristine Antarctic snows; in the rains falling in the National Parks; ingested by countless species; taken up in the roots of plants, and now finally we see plastic in us. Of the nine planetary boundaries that sustain life on the planet - identified by the Stockholm Resilience Centre - we have transgressed the safe operating space in five of these tipping points, and four of them are related to plastics: novel entities (chemical loads on the planet); climate change; biosphere integrity; and land system change.

The expansion of plastics is coupled with market expansion across the globe, is coupled with the oil and fossil fuel economy, is coupled with extraction, climate change, and war. Plastic is ubiquitous because it is the externality of these systems. It’s not that plastics are the only environmental challenge that we are seeing in the world, but that it is an entry point and leverage point for discussing broader, systems issues. In seeing these interconnections, saying no to plastics is both a step forward for the planet as well as peace.

Cows in Rishikesh dine on waste left on the streets, too-often ingesting plastics. One example of how toxins from plastic and microplastics directly enter the food chain.

Back in the field, I reflect on the urgency to bring people together to tell stories that matter. I’m interested in the types of human systems we create. After all, we can choose to make any kind of system we want, so why do we choose to recreate systems of destruction rather than build our paradise? One of my lasting impressions of Father Ted was that he chose not just to talk about world peace, but to create a center of learning to further it.

My current work focuses on rebalancing and reconnection to the natural world, in a project that examines community-led, plastic pollution reduction initiatives across the Himalayas. We call the project, the Himalayas to Sea, Plastic Free, and it is funded through an Explorer grant by National Geographic. Over the last year, my team and I have visited and documented 19 community initiatives across the Himalayas in north India and Nepal. We could easily do storytelling about the destruction of plastic on the environment, but we strategically chose to highlight initiatives for plastic reduction and plastic waste awareness, to spread these messages of hope in an effort to inspire new generations of environmental stewards.

Some of the highlights of the project include: efforts of ‘universal responsibility by the Tibetan community Mcleodganj, the home of the Dalai Lama; a zero waste campus initiative by graduate students in Ladakh; a waste education center at 14,000 feet in the shadow of Everest; a rural community in Nagaland that comes together over traditional staple foods, and shuns plastic packaged foods; a coffee company in Kathmandu that has deconstructed their entire supply chain to source and craft everything locally, working with a community of crafts workers in upcycled bronze, wood, cloth, and ceramics; etc. It is through such human stories that we understand the possible, and are inspired to live more harmoniously with the earth and each other.

Author and team in Dharamshala, visiting waste reduction champions in the Himalayas. 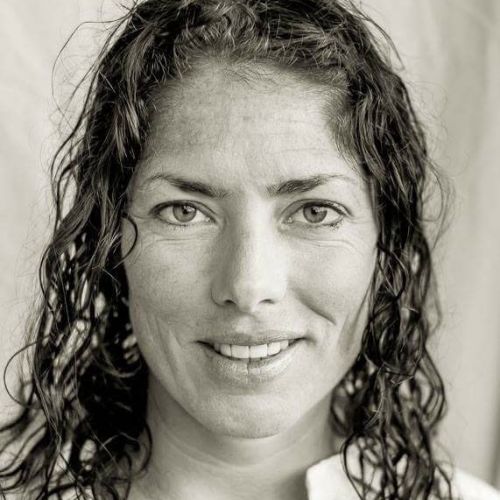 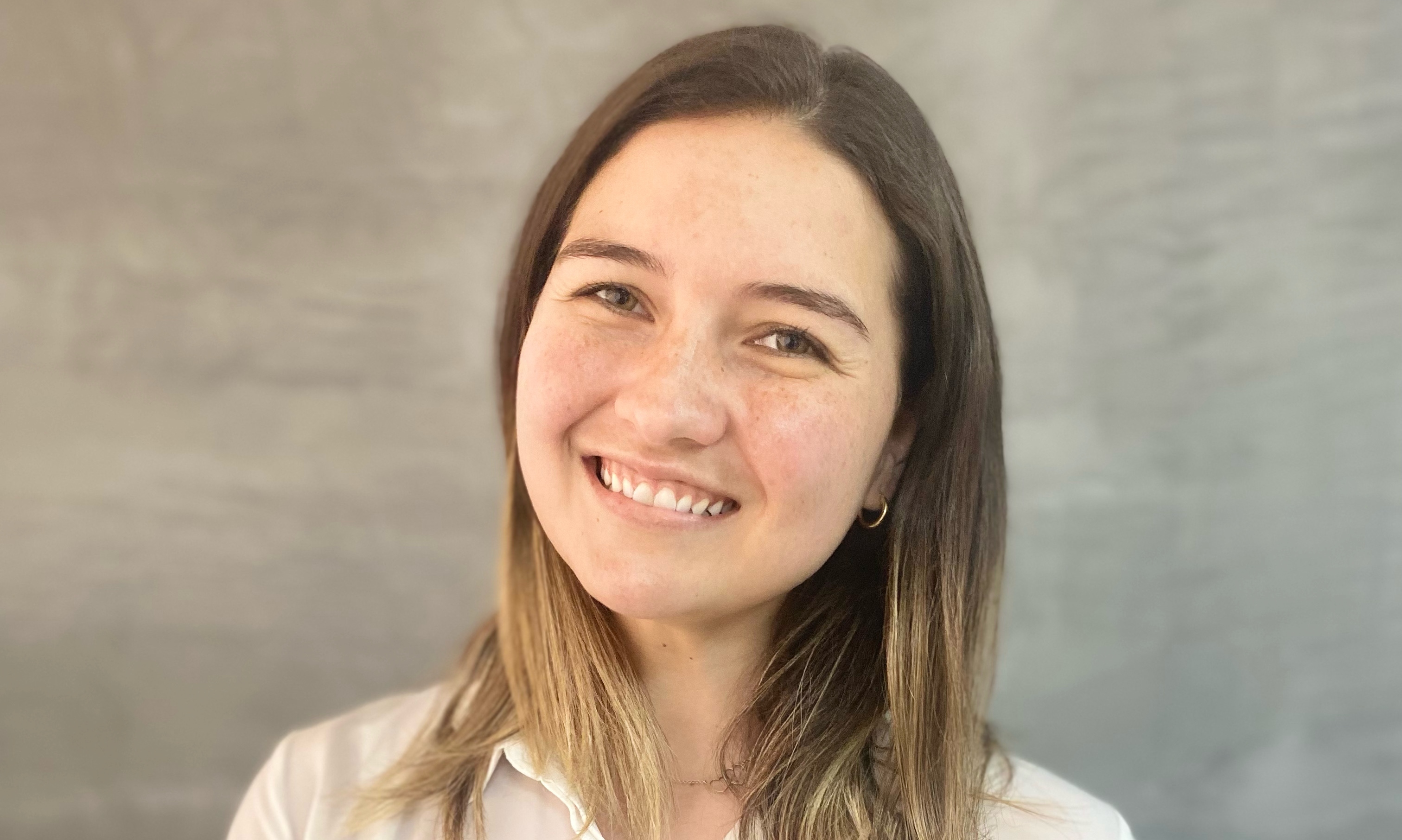 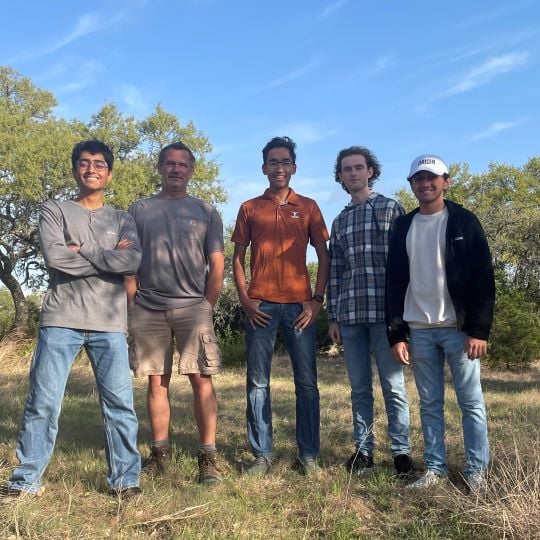 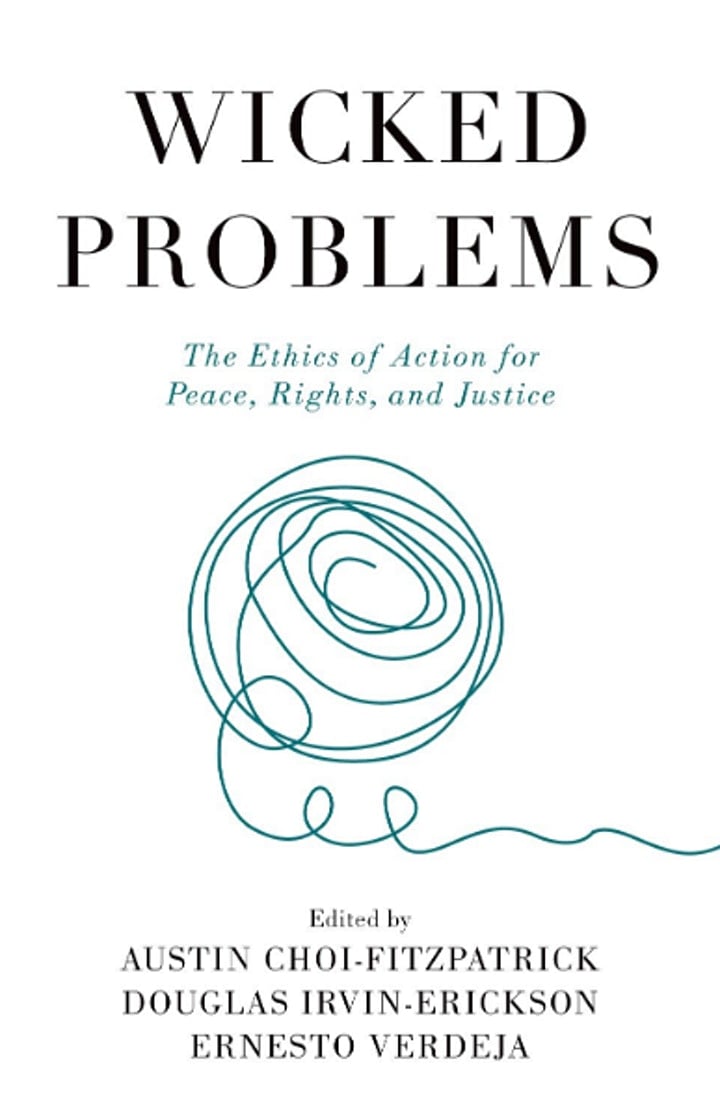