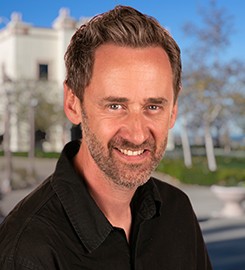 When I see the word ‘color’ it just looks wrong. So do the words ‘flavor’, ‘aluminum’ and ‘recognize’. Whenever I see them I want to make corrections so that they read ‘colour’, ‘flavour’, ‘aluminium’ and ‘recognise’. Even as I type this I feel a sense of mild irritation as my laptop adds squiggly red lines under my perfectly acceptable British spelling. Having been born in and spent the vast majority of my life in the U.K., the past six years living in the United States has been one of significant challenge to my genetic disposition to linguistic snobbery. This has thankfully been challenged, in no small part by having a brother who teaches English as a second language and through the writings of Bill Bryson, in particular his wonderful book, ‘Made in America’. All of this has helped me realise, or should I say realize, that what seems and looks wrong isn’t necessarily incorrect, it’s just unfamiliar.

This experience with spelling helped me understand and then explore the reason why, when I first heard that the new Kroc School Master’s degree in Conflict Management and Resolution (CMR) was a Master’s of Science (MS) and not a Master of Arts (MA), I was both surprised and confused. ‘Why on earth is it an MS?” I remember thinking. When it came to post-graduate degrees in the field of peace and conflict, a Master of Arts was what I was most familiar with. Master of Science seemed wrong. It looked wrong and it sounded wrong. With the help of a British mathematician and physicist you’ve most likely never heard of, I’d like to talk you through the reasons why the only thing wrong in all of this, was me.

Lewis Fry Richardson was born in 1881. By the time he died in 1953, he was world-renowned in the fields of mathematics, meteorology and science. As a Quaker, his pacifism defined his life. Fry Richardson was a Fellow of the Royal Society, an award given by the oldest scientific academy in continuous existence for ‘substantial contributions to the improvement of natural knowledge’. Other Fellows of the Royal Society include such luminaries as Isaac Newton, Charles Darwin, Albert Einstein, Stephen Hawking and Elizabeth Blackburn. Lewis Fry Richardson deserves to be more widely known, especially in the field of peace and conflict studies. His pioneering contributions helped build the foundation on which this discipline is built. 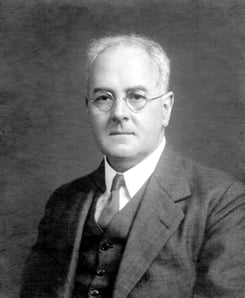 As a conscientious objector in World War I, he didn’t fight but still experienced the hell of war during his three years serving with the Friends’ Ambulance Unit in France. It’s worth noting that being a conscientious objector subsequently disqualified him from any academic post. Principles come with a price. Despite being exiled by the academic community and having to work from the margins, Fry Richardson developed his interest in meteorology. His research and ideas were significantly ahead of their time, and it was only with the arrival of computers in the 1940s, that his proposals became widely accepted and adopted to the extent that they still provide the basis by which the weather is predicted today.

His background and pacifism came together in his belief that conflict can be studied systematically and by doing so, deeper understanding about the conditions for both war and peace can be gained. Such thinking is now deeply embedded across our field. At the time Fry Richardson was writing about it, these concepts were unheard of. His research was published in Generalized Foreign Politics (1939), Arms and Insecurity (1949), and Statistics of Deadly Quarrels (1950).

The word science has its origins in the Latin scientia, meaning knowledge. The Oxford English Dictionary’s definition of science is, “The intellectual and practical activity encompassing the systematic study of the structure and behaviour of the physical and natural world through observation and experiment.” This aptly describes what we're trying to do through studying dynamics present in the unhealthy relationships of teams, communities or nations and the deeply rooted injustices that permeate lives across the world.

Students in the CMR program are guided in practical and applicable ways of systematically studying conflict and peace. We encourage constant curiosity and an unwillingness to accept that the conclusion reached is the only possible one that exists. I can imagine Lewis Fry Richardson, as a scientist, would feel very gratified by such an approach to deepening knowledge of how to make the world more peaceful. Insights into conflict emerge through being fully present and embodying an attitude of intentional observation. Refusing to accept simplistic explanations of complexity broadens our understanding and ability to generate practical responses. Unlike Fry Richardson, our time isn’t spent studying fractals, sub-atomic particles, non-linear physics and the weather. However, we do examine recurring characteristics that replicate at different stages of conflict. We spend a lot of time looking into and identifying patterns while acknowledging that things don’t always behave as predicted. We place significant emphasis on and the manner in which conflict and peace can’t be understood in formulaic ways, how one size never fits all and how there’s rarely a simple path to follow. We explore when, how and why certain conditions combine and through such insights, learn to predict likely outcomes.

As the Kroc School prepares to host its latest Peace Innovators event, it’s worth acknowledging that Lewis Fry Richardson was one of the first. One hundred years after he left France and the death and destruction of the trenches, those of us working in peace education have inherited his legacy. He led the way in bringing scientific rigor to the principled and compassionate work of creating a better world. We owe him a lot.

Michael Fryer is a Professor of Practice with the Kroc School at the University of San Diego. He teaches several courses including 'Facilitation and Dialogue Skills' and 'Strategies for Conflict Prevention and Intervention.' Learn more about the academic programs offered at the Kroc School such as the Master of Science in Conflict Management and Resolution.