Advancing Justice: The Highlight of My Kroc School Internship With the California Innocence Project

Advancing Justice: The Highlight of My Kroc School Internship With the California Innocence Project 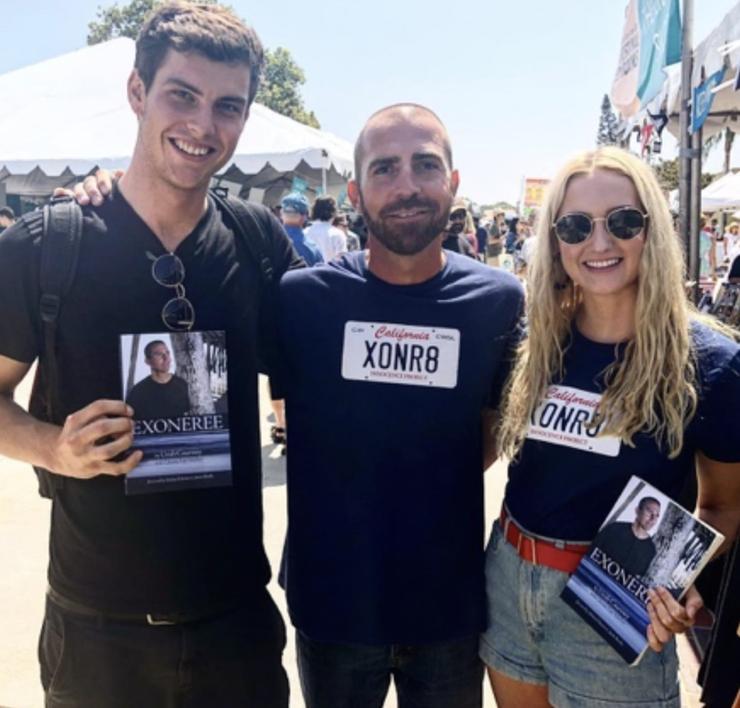 The following post comes from Matti Hurst, who is a Master of Arts in Peace and Justice (MAPJ) student at the Kroc School. As part of the MAPJ program, Hurst secured an internship with the California Innocence Project in the summer of 2018.

To say I was excited when I found out I would be an intern at the California Innocence Project (CIP) is an understatement. From the tender age of 14, I decided one day I would work for an Innocence Project. A decade on, the girl from a small town in Australia moved across the world and embarked on a Master’s in Peace and Justice degree that led her to a summer internship with CIP. My 10-week internship has turned into a long-term commitment, and I am now the Supervising Intern at CIP, and I love every minute of it. There are no words that will ever do justice to my experience at CIP and the people I continue to work with and learn from each day at this amazing organization. This is my humble attempt at sharing some of my experiences with an organization that saves lives.

My responsibilities started with the initial screening of the first requests for assistance, and determining the first course of action (i.e. rejection or pre-screen). CIP is a post-conviction law firm that only deals with factual innocence, which means if there is any admission to guilt we are required to reject the case. CIP receives on average 6,000 pieces of mail each year — roughly 2,000 of those are unique requests for assistance. In order to respond to each and every one of these requests, CIP needs dedicated interns.

CIP is currently representing numerous innocent people, and since 1999 has freed 29 people who collectively have spent over 300 years in prison for crimes they did not commit. It seems inconceivable that on any given day, we could be torn away from our family, friends, careers and freedom, labelled a criminal or even a monster, and locked away for something we had no involvement in. Yet the sad reality is that thousands of people across the country are currently incarcerated for crimes they did not commit.

Four short weeks ago, Horace Roberts became the 29th  CIP exoneree. In 1999, Horace was convicted of murder and sentenced to 15 years to life. On October 3, 2018 he walked out of prison a free man and was subsequently exonerated. Horace’s case is one of the more unusual as following his release, the real killers — the husband of the victim and his nephew — were arrested and charged. What is incredibly disturbing is that over the years the husband spoke against Horace’s release at his parole hearings, all the time knowing Horace was innocent and he was the one responsible for the killing of his wife.

Michael Semanchick, managing attorney at CIP, worked on Horace’s case for eight years, and when I asked him if they had ever had a case like this before, he replied, “Definitely not. We have had other cases where we thought we found the true perpetrators, but we've never had a situation where the prosecution went on to make new arrests in the case. In fact, it's very rare in the innocence movement to see something like this. As for the parole hearing, I became convinced as the husband spoke that he was, in fact, the true perpetrator. It took seven more years to get the evidence to prove it, but I knew back then in 2011 that he was the murderer.”

Just hours after Horace Roberts walked beyond the gates of prison side by side with the attorney who ensured his freedom Michael Semanchick, he walked through the doors of the California Innocence Project office to greet the interns (myself included). This man radiating grace and gratitude, smiles, looks at us all and says, “Thank you, I can’t express how much I appreciate all of your hard work.” Needless to say, we were all lost for words as a man who was wrongly convicted and forced to spend almost 20 years behind bars for something he did not do, thanked us and bore no anger or resentment. It was astonishing. The moment was also overwhelming for Michael Semanchick, who had committed eight years to make it to this day.

“It was definitely overwhelming for both of us. The prison wouldn't allow all the students and staff to join me at the gate, so I walked over alone. Horace was brought around in a van and as it pulled up I could see he was not in cuffs or any restraints. He stepped out, hugged me, and just broke down crying. We made the long walk across the parking lot as guards drove by and yelled ‘good luck.’ As we approached the students, Horace broke down crying again and thanked everyone. We got him changed out of his prison clothes and into XONR8 gear, then made our way south to San Diego.”

My highlights of working at CIP are days like October 3 and meeting all the other exonerees, like Horace, who have been through the unimaginable, yet are so warm and thankful to everyone at CIP. When I am feeling rightfully overwhelmed by the state of the flawed Criminal Justice System, all I need to do is remember Michael Semanchick walking Horace Roberts out of prison and watching him take his first breath of fresh air since 1999.

Fortunately for me, CIP has always been committed to providing opportunities to interns interested in fighting for the wrongfully convicted. As Mike Semanchik puts it, “Training students is part of our three-part mission. We have always believed in the ability to change the system by training students to be better lawyers, investigators, police, or judges”. I would recommend this internship to anyone who has a social conscious and wants to help fight the good fight.

I will end on this note; through the resources we as students, activists, community members, and human beings have access to, we should utilize them to understand more about the issues and crises these people are faced with every day of their lives. The scary thing about this system is that it is easier to convict someone for something they didn’t do than to free them for it. There are still many innocent people incarcerated for crimes they did not commit, many of which you can read about on californiainnocenceproject.org. I not only encourage you, but I also ask you to learn more about the work of the California Innocence Project because it truly is an organization right here in San Diego that saves lives.

Interested in pursuing a career in peace and justice? Learn more about the Kroc School's Master of Arts in Peace and Justice.