Addressing Police Violence: A Proactive Approach or a Cop-Out?

Addressing Police Violence: A Proactive Approach or a Cop-Out? 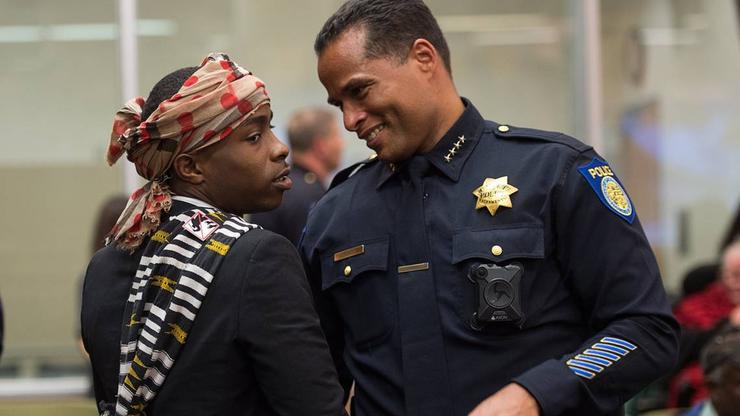 Winter break was a reflective time for me, and in many ways challenged my beliefs in ways I think are necessary for any scholar during this time in her life. My name is Jessica Dockstader, and I’ve studied police-community relations for the last year and a half during my time in the Master of Arts in Peace and Justice program at the Kroc School of Peace Studies.

I was lucky to intern with an organization in the first semester of my program where I was placed in a training with a police officer and a few high school-aged children, and I could hear about the needs of police officers and how they were not being met in the current age of policing. This activity — looking at an individual exhibiting abnormal behavior, and looking beyond the surface level actions to the deeper unmet needs of an individual — is what I was trained to do in my undergraduate degree in Human Development. However, because of the anger I had, I was unwilling to do it with law enforcement.

After this epiphany, I was only halfway through my first semester and was able to shift my focus from finger-pointing to problem-solving. After completing my degree, rather than marching to Congress or the UN with a list of violations on behalf of the police (which is what I wanted to do), instead I decided to focus on what could be leading officers to exhibit violent tendencies, like their constant exposure to traumatic situations, or critical incidents.

My current internship with Building Trust — a program operated by the Kroc School’s Institute for Peace and Justice that seeks to create powerful cohorts of religious leaders to strengthen relationships and build trust between communities and law enforcement — where I’ve been for the last year, has really given me an inside look at how polarized police-community relations can be, and how quickly individuals are to deem you as “pro-police” or “anti-police”. While we’ve tried to remain a neutral third party throughout these discussions, it’s been an exercise that has paralleled my research geared towards decreasing police-community violence by truly helping law enforcement officers face their PTSD. Reactions to my research have challenged me even further: I’ve had individuals from the community tell me that my research is just giving law enforcement a “cop out”. I’ve also had police tell me that police brutality doesn’t exist, thereby rendering my thesis obsolete.

Jessica Dockstader kicking off the fourth event in the Building Trust Partnership Southeastern Cohort’s community education series on 1/28 at the Malcolm X Library.

What I’m trying to do is help the community and the police. By helping to provide a safer and more mentally stable police force, the community will benefit and the police will benefit. But in my quest to help both groups, I’ve begun to fear the perception of the role I am playing, as a white woman. I am very cognizant of the current and historic role of white women in perpetuating white supremacy, and providing “an out” for law enforcement officers who have brutalized individuals of color is not my intention.

I want to find, and believe I have found, a proactive approach to stopping the violence between the police and the community. Our law enforcement community members see unspeakable acts every single day of their careers. They see the horrific things that certain community members live through every single day, and with more than 13 million Americans living with PTSD at any given time, it’s fair to say this is an issue that doesn’t discriminate. The community and law enforcement must learn to see each other with a lens that acknowledges trauma and provides restorative justice, where they do not currently. Each side in this polarized divide are living with untreated trauma, stigmatization against treatment and help, and fear of the other group.

I began this winter break with some constructive and some just plain harsh feedback from members of both the community and law enforcement on my thesis draft, and it was hard to hear. But I’ve emerged from winter break with much more confidence in what I’m doing, and an even greater realization that I am trying to change lives. As a wise man close to me says, “If you’re making everyone happy, you’re not doing your job”.

Stay up to date on the Building Trust Partnership by signing up for their newsletter.